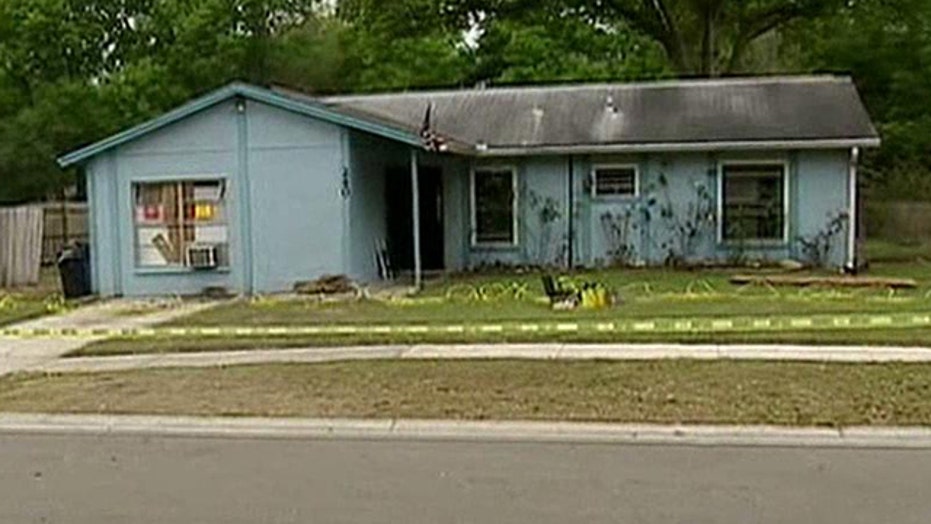 Can a sinkhole happen to you?

Rescuers called off efforts on Saturday to find the body of a Florida man who was swallowed by a sinkhole under his home, as crews attempted to see how far the underground cavity reaches and if neighboring homes were at risk.

Hillsborough County Administrator Mike Merrill said rescuers were ending the effort to find Jeff Bush's body and they planned to bring in heavy equipment on Sunday to begin demolishing the four-bedroom home.

"At this point it's really not possible to recover the body," Merrill said, later adding "we're dealing with a very unusual sinkhole."

Bush, 37, was in his bedroom Thursday night when the earth opened and took him and everything else in his room. Five other people were in the house but managed to escape unharmed. Bush's brother, Jeremy, jumped into the hole to try to help, but he had to be rescued himself by a sheriff's deputy.

"I jumped in the hole and tried to get him out," said Bush. "I couldn't get him out. All I could hear, I thought I could hear him screaming for him, hollering for me to help, I couldn't do nothing."

Earlier on Saturday, officials had been trying to determine the extent of the sinkhole network and what kind of work might be safe. As the sinkhole grows, it may pose further risk to the subdivision and its homes.

Hillsborough County Fire Rescue spokesman Ronnie Rivera said one of the homes next door to the Bush house also was compromised by the sinkhole, as determined through testing. The family, which had evacuated Friday, would be allowed to go inside for about a half-hour to gather belongings, Rivera said. The family was outside, crying and organizing boxes.

Engineers had been testing since 7 a.m. Saturday. By 10 a.m., officials moved media crews farther away from the Bush house so experts could perform tests on the home across the street.

It's unclear how large the sinkhole is or whether it leads to other caverns and chasms throughout the neighborhood. Experts say the underground of West Central Florida looks similar to Swiss cheese, with the geography lending itself to sinkholes.

Experts spent the previous day on the property, taking soil samples and running various tests -- while acknowledging that the entire lot where Bush lay entombed was dangerous. No one was allowed in the home.

"I cannot tell you why it has not collapsed yet," Bill Bracken, the owner of an engineering company called to assess the sinkhole, said of the home. He described the earth below as a "very large, very fluid mass."

Even the slightest vibration, he said, could trigger a massive collapse.

"This is actually unprecedented," said engineer Larry Madrid, who estimated the hole to be 20 to 30 feet in diameter. Madrid said, it started at 15 feet, then sunk to 25 feet.

"We've determined that there was an initial collapse, followed very shortly by another collapse and we have noticed movement in the ground since then," Madrid said.

The hole is deepening and as the steep walls of unstable, soft and sandy soil continue to collapse..

"Given the size of the hole, I cannot tell you why it has not collapsed yet," said Bracken.

Experts say thousands of sinkholes erupt yearly in Florida because of the state's unique geography, though most are small and deaths rarely occur.

"There's hardly a place in Florida that's immune to sinkholes," said Sandy Nettles, who owns a geology consulting company in the Tampa area. "There's no way of ever predicting where a sinkhole is going to occur."

Most sinkholes are small, like one found Saturday morning in Largo, 35 miles away from Seffner. The Largo sinkhole, at about 10 feet long and several feet wide, is in a mall parking lot. Such discoveries are common throughout the year in Florida.

Jonathan Arthur, the state geologist and director of the Florida Geological Survey, said other states sit atop limestone in a similar way, but Florida has additional factors -- extreme weather, development, aquifer pumping and construction -- that can cause sinkholes. "The conditions under which a sinkhole will form can be very rapid, or they can form slowly over time," he said.

But it remained unclear Saturday what, if anything, caused the Seffner sinkhole.

"The condition that caused that sinkhole could have started a million years ago," Nettles said.

A sinkhole near Orlando grew to 400 feet across in 1981 and devoured five sports cars, most of two businesses, a three-bedroom house and the deep end of an Olympic-size swimming pool.

More than 500 sinkholes have been reported in Hillsborough County alone since the government started keeping track in 1954, according to the state's environmental agency.

Jeremy Bush said someone came out to the home a couple of months ago to check for sinkholes and other things, apparently for insurance purposes. State law requires home insurers to provide coverage against sinkholes.

"He said there was nothing wrong with the house. Nothing. And a couple of months later, my brother dies. In a sinkhole," Bush said.