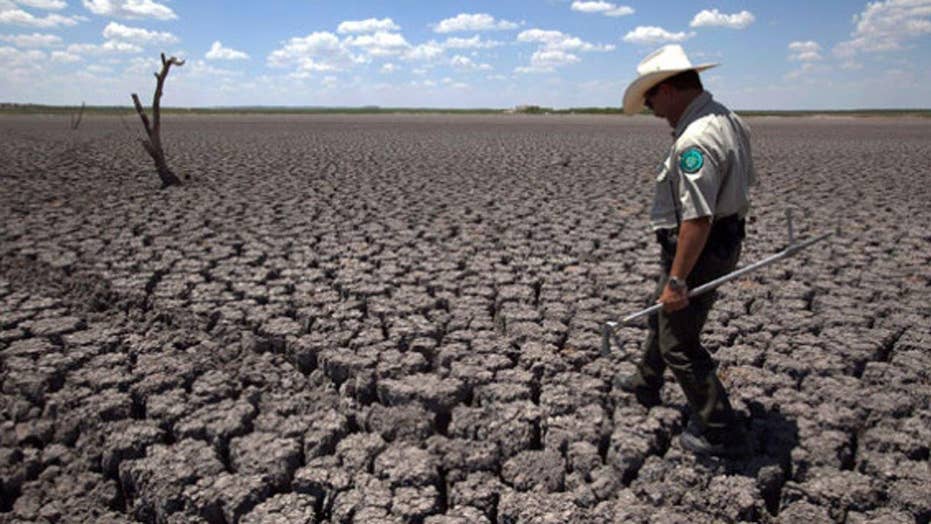 The only thing we have to fear is climate change?

Ask the average American — or good scientist — what the most pressing areas of scientific research are today, and your answers will be varied and passionate. Curing cancer and Alzheimer's disease. Advancing applications of synthetic biology. Developing more anti-retroviral drug therapies.

But you might as well toss all of that out the window when you talk to elite progressive educational forces intent on driving climate change to the top of the nation's science curriculum agenda. As far as they are concerned, global warming trumps all other scientific concerns.

Here's a case in point. Hugh Birdsall, teacher and adviser to the after-school club at the Regional Multicultural Magnet School in New London, Connecticut, said of climate change, "This is the most important science topic there is now," in an article on theday.com.

That school has aligned its science curriculum with the state's recently released Common Core science standards for elementary school — and they have already covered all the required material.

Greg Powell, director of Reforest the Tropics, a nonprofit in Mystic, Connecticut, told the same publication that carbon dioxide emissions and reforestation are going to be "one of the biggest issues in students' lives."

It is hard to imagine, what with soaring unemployment, a staggering national debt, the pressing threat of terrorism, and an increasingly tense and divided culture, that trees are going to even make the top five issues for tomorrow's adults. The Obama administration has been successful, however, at motivating educational forces in the U.S. to promote the idea that climate change is an imminent and urgent threat to civilization.

Our children, unfortunately, are hit right between the eyes on a regular basis by this climate agenda.

"We are actually told to distrust sources if they don't preach the climate-change gospel," one 16-year-old high school sophomore in the Boston area said. "And that's even if they're well-respected sources. Everything's moving to climate change — it's like they're obsessed with it. Even other classes not related to science try to work climate change into the lessons. When we were studying the Civil War, my teacher said, 'Imagine, the only transportation was wagon or horseback, so armies moved slower, but the air was cleaner.'"

Scientific researchers who once were above reproach are under attack now. Last year, Greenpeace and various media outlets, including The New York Times and The Boston Globe, teamed up to discredit and attack global warming skeptic Wei-Hock Soon, a widely respected astrophysicist with the Smithsonian Institution, over his research funding sources.

"It is a despicable, reprehensible attack on a man of great personal integrity," Myron Ebell, director of the Global Warming and International Environmental Policy for the Competitive Enterprise Institute, told the National Review at the time. "If he had only mouthed Establishment platitudes, he could've been named to head a big university [research center], as Michael Mann was." Mann is a noted pro-warming scientist.

Alabama schools decided last year to require students to learn about climate change after a unanimous Board of Education vote on the matter. The new guidelines, according to PBS, support the fact that "climate change is happening."

In 2013, new nationwide science standards for grades K-12 were released that recommend that public school students learn about climate change.

Educators, however, say the politicization of climate change has led some teachers to avoid the topic altogether, according to NPR. There are those working to make sure that when it is taught in schools, proper scientific inquiry is respected.

"To the extent that these standards do paint a picture that I think runs counter to the scientific evidence, we're going to make sure that we point that out," former senior fellow of The Heartland Institute, James Taylor, told NPR. The Heartland Institute is a free-market global think tank that is developing its own curriculum and questioning the human role in climate change.

Tennessee and Alabama are currently the only two states where teachers are protected legally in the effort to explore "the scientific strengths and scientific weaknesses of evolution and climate change," according to the law.

Tennessee's law, passed in 2012, states that it is a protection for teachers who "help students understand, analyze, critique, and review in an objective manner the scientific strengths and weaknesses of existing scientific theories covered in the course being taught."

It is alarming that a state would need a law to protect rigorous and honest scientific inquiry — but even scientists are in the tank for climate hysteria.

Brenda Ekwurzel of the Union of Concerned Scientists told Reuters of the Tennessee law, "We need to keep kids' curiosity about science alive and not limit their ability to understand the world around them by exposing them to misinformation."

Twenty years ago, a comment like this would have been from someone in favor of the Tennessee and Alabama protections. Today — that statement questions them.

Burdensome federal regulations are already attacking this generation of American farmers. Instead of helping the next generation of farmers, the government adds insult to injury by asserting — with taxpayer dollars — that climate change education is paramount to their survival.

Said another Boston-area high-school senior of the current public school science curriculum, "My mom is so mad at the school over a lot of things — their idea of climate change education is just one of them. She kind of throws up her hands now that I'm almost through and says, 'When you want to hear the truth, come and ask me.'"