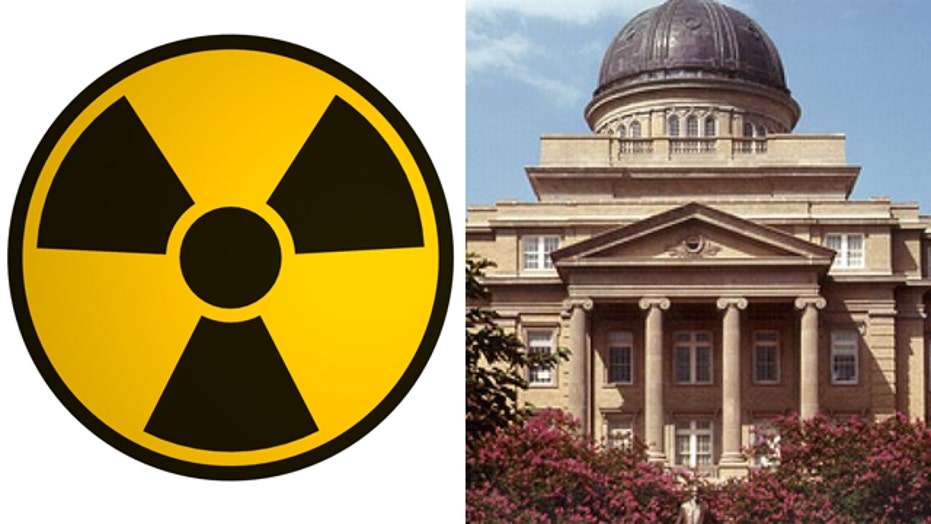 "Texas A&M University has located the radioactive source package that was missing. It was found in one of our secure hazardous material storage facilities. The package was unopened, undamaged and in its original shipping condition. The package is safe for transportation and storage and the community was never in any danger.”

A FedEx spokesperson told Fox News on Tuesday the package was delivered to the university as scheduled on August 21.

On Friday, an email sent internally by Christopher Meyer, an assistant vice president with the Office of Safety and Security, asked for help in locating the shipment, KBTX reported .

According to the station, the FedEx shipment was sent to the College Station, Texas, school from the Edina, Minn., office of the Science Engineering and Education Co. SEE Co. reportedly has a branch called Ritverc that makes radioactive material used for research.

On Monday night, Texas A&M University said in a statement the package “does contain radioactive material, but we hasten to add it doesn’t present a health threat to the community provided the contents, which are secured in a box with two layers of inner containment, are not disturbed.”

“This sealed package, like many others, are routinely sent via Federal Express from companies that specialize in providing sensitive shipments to universities and other entities,” the statement read.