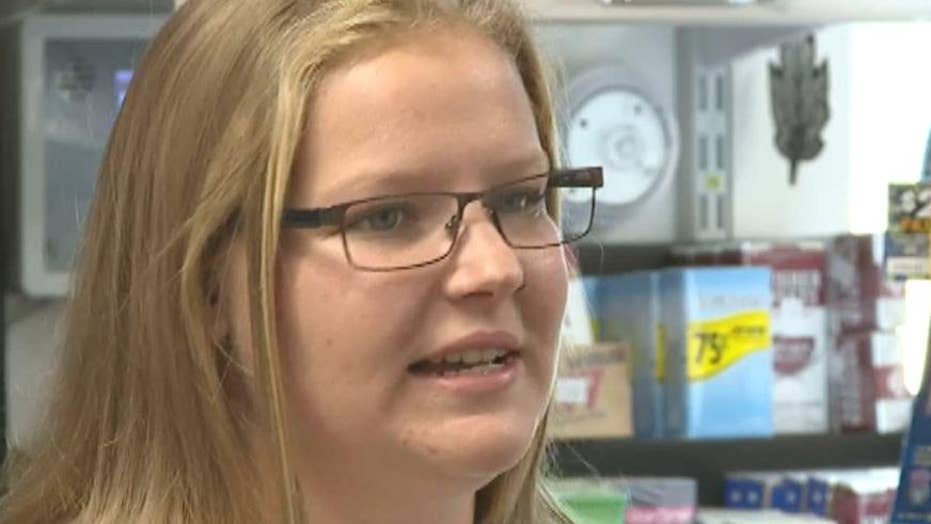 California gas station clerk Savannah Pritchett is hailed a hero for saving a woman from four teens who reportedly kidnapped and sexually assaulted her.

A quick-thinking California gas station clerk is being praised after she helped a woman from four teens suspected of kidnapping and sexually assaulting her.

Savannah Pritchett was working at Triple R Gas and Mini Mart in Waterford on Wednesday when a woman walked in and asked for her help.

The 24-year-old did not hesitate to act and took the woman to the back and locked her in before calling police.

“Everything that happened, it was just instinct for me, like I knew that I had to keep her hidden,” Pritchett told FOX 40.

Police said the woman was kidnapped by four teenagers, who had stopped to get gas.

“The victim used the ruse that she needed to use the restroom,” Sgt. Tom Letras, spokesman for the Stanislaus County Sheriff’s Office, told the news station.

Pritchett said the woman came in and grabbed her hand, asking for help.

“I gave her my cell phone, locked the door and I took her to the back and I hid her back there until the sheriffs got here and took her out of the bathroom,” she added.

Surveillance video from the mini mart shows Pritchett locking the front door less than a minute before 18-year-old Anthony Sandoval and another teen claimed they also needed to use the bathroom.

She said Sandoval claimed he had a prosthetic foot and cancer.

“They asked me, you know, 'Why’d you lock the door?' and I told them she told me she started her period,” Pritchett recalled.

Minutes later, one of the teens realized deputies were arriving and begged Pritchett to hide him. She refused.

The video shows an armed deputy storming into the store.

Three teens were arrested that day, FOX 40 reported. A fourth teen was arrested the following day.

“I wasn’t trying to put anyone in jail," Pritchett said. "I was just trying to help a woman who said she needed help."