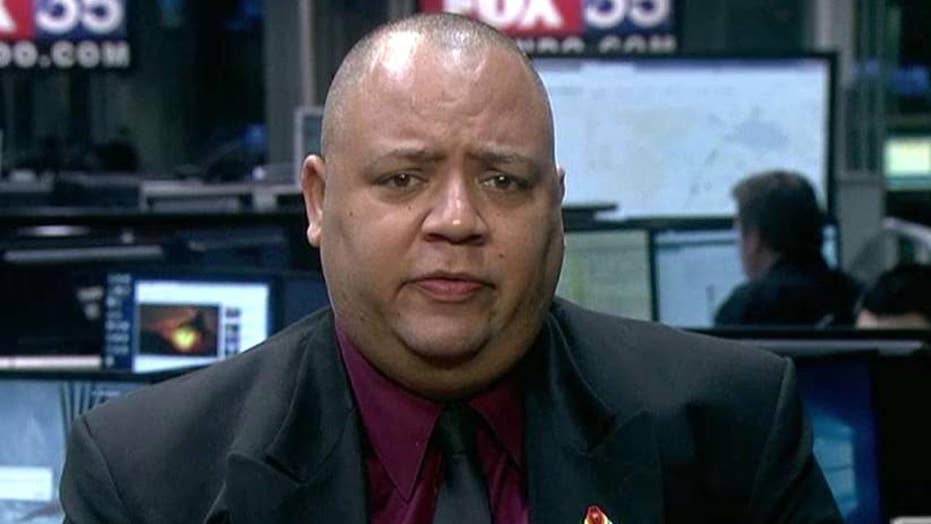 The police officer who was one of the first responders to the Pulse nightclub massacre in Florida is being let go because he told a woman during a traffic stop that he was “emotionally disturbed,” officials say, contradicting his claims that it was solely over his post-traumatic stress disorder.

Orlando-area officials on Thursday pushed back on some of Cpl. Omar Delgado’s claims, including what kind of salary and benefits he would receive going forward.

“There was a complaint filed, as a result of that complaint… all of those events have now come to a conclusion that we need to end the relationship with Cpl. Delgado administratively, but not in our hearts,” Eatonville Police Deputy Chief Joseph Jenkins said, according to the Orlando Sentinel.

“We’ve embraced him from the moment he exited the building of Pulse in 2016,” Jenkins added. “Unfortunately, it has just come to a point that we have to end his employment.”

The 45-year-old officer said earlier in the week that his last day would be Dec. 31. Had he been allowed to stay on the force for six more months, he said, he would have been able to collect 64 percent of his salary, plus benefits, for life.

Eatonville Mayor Eddie Cole said Thursday, however, that Delgado is immediately eligible to receive 42 percent of his salary and benefits for life.

Delgado was among the first police officers on the scene June 12, 2016, after a gunman stormed into the nightclub and killed 49 people and left 68 wounded. He was praised for helping to save the life of Angel Colon, who had been shot several times.

The most recent performance evaluation in his personnel file, written by Lt. Eric McIntyre, said Delgado’s response to the Pulse shooting “is commendable and deserving of recognition well beyond this evaluation,” the Orlando Sentinel reported. “Administration looks forward to seeing more of your ideas and work ethic.”

Delgado now suffers from PTSD. A few months after the shooting, he returned to his patrol job but soon had to stop because memories from the bloody nightclub scene haunted him.

That stretch of patrol duty led to the citizen complaint.

An Eatonville Police internal investigation concluded that Delgado told a woman he pulled over at a traffic stop not to look at him and “displayed a rude and arrogant lack of respect” toward her, according to the newspaper.

A video taken by the woman’s brother, who was riding in the car when the incident took place, also showed Delgado telling the woman that he was “emotionally disturbed,” the newspaper added.

The Eatonville investigation concluded that Delgado had displayed “conduct unbecoming of an officer,” a charge he appealed on Oct. 30, saying his PTSD was to blame for his behavior.

“Cpl. Delgado strongly believes he was not ready to be put back on the road due to his doctor’s recommendation of continued light duty,” Delgado wrote in a letter to Jenkins. “Due to Cpl. Delgado being released to active road duty and not [having] been medically [stabilized] with medicine at the time of the incident, Cpl. Delgado feels that the discipline of Conduct Unbecoming is unmerited.”

For the last eight months, Delgado has worked a desk job.

His lawyer told the Orlando Sentinel that the investigation never should have happened because Delgado did nothing wrong.