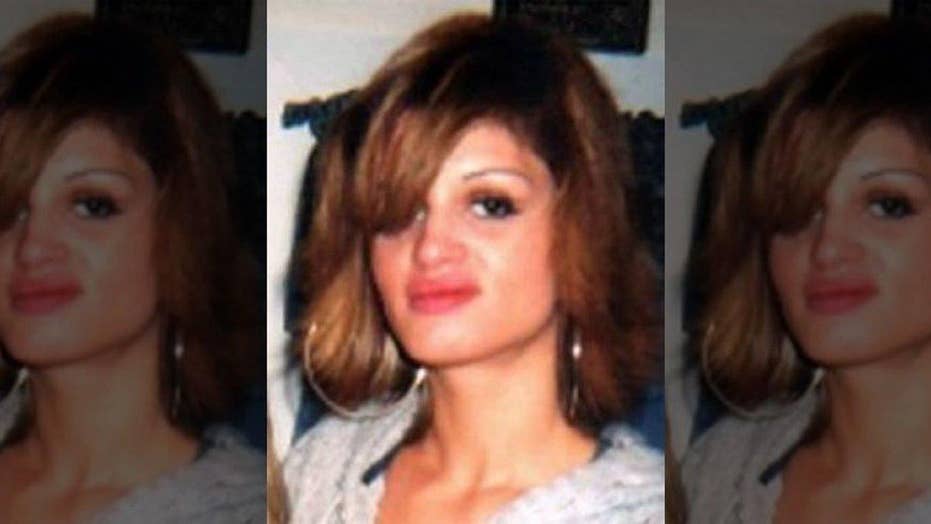 A sex worker who vanished in 2010 and whose remains were later found at a remote beach highway in New York -- revealed to be the dumping ground of a suspected serial killer -- may have died from strangulation, according to a new autopsy released Friday.

Shannan Gilbert, 23, of Jersey City, N.J., disappeared May 1, 2010, after visiting a client in the gated community of Oak Beach on a barrier island off Long Island's south shore.

A months-long search for her first led to the bodies of four other prostitutes, each strangled and stuffed in burlap bags along Ocean Parkway, a 15-mile road that spans Jones Beach, roughly a mile from where detectives would later find Gilbert's body, in December 2011. A total of 11 sets of human remains -- including those of a toddler -- were found at the scene.

After the discovery of Gilbert's remains, the Suffolk County medical examiner ruled her cause of death "undetermined," and police theorized she drowned while running through a marsh in a drug-induced state -- calling her death unrelated to the four victims of a suspected serial killer.

John Ray, an attorney for the Gilbert family, said Friday that an independent autopsy conducted by noted forensic pathologist Dr. Michael Baden suggests that Shannan Gilbert may have been strangled.

"There is no evidence whatsoever that Shannan Gilbert died a natural death.”

Baden said the evidence was consistent with homicidal strangulation, but it was insufficient to release an official cause of death.

Police Commissioner Timothy Sini said in a statement Friday that detectives are waiting to review Baden's findings. Sini announced in December that the department has brought in FBI investigators to assist local detectives with the probe.

In March 2015, Baden told FoxNews.com in an exclusive interview that Gilbert's hyoid bone -- a small horseshoe-shaped bone in the neck -- had a "rough edge" on one side, suggesting a fracture. He conducted further testing on the bone and was preparing to pore over medical examiner photos and X-rays for analysis. A fracture to the hyoid bone is a hallmark sign of a strangulation.

"The hyoid shows some breakage," Baden said at the time, after examining Gilbert's skeletonized remains inside a Nassau County funeral home at the request of her family. "If it is a fracture, that would be strong evidence Ms. Gilbert was strangled to death by neck compression."

No drugs were found in Gilbert's body, according to toxicology reports cited in the 2011 autopsy -- a finding at odds with the police theory that Gilbert ran off into the night in a drug-fueled frenzy. Gilbert's thyroid cartilage was missing from the remains Baden examined, but the original examination does not report it as missing, Baden said. And a small, circular hole was found in the center of the hyoid bone, a marking Baden called unusual and warranting further analysis.

Baden also planned to order a "diatom test," which would determine whether Gilbert drowned. The test was never done on Gilbert, who was found face up and about a half a mile from her torn jeans, cellphone and pocketbook.

"The body is almost always face down -- not face up -- in drowning situations," Baden said. "There's enough evidence here to warrant a second look," he told FoxNews.com during the 2015 interview.

"It's extremely rare for a young woman to die of drowning yards away from where four young women have clearly been murdered," he noted. "The statistics don't go along with that."

Ray said at a press conference Friday with Gilbert's mother and sisters that he has requested the Suffolk County homicide squad re-activate the investigation into the woman's death.

A K-9 officer and his cadaver dog were on a training mission searching for Gilbert in December 2010 when they happened upon what would become by spring of the following year 10 sets of human remains -- eight women, a man and a toddler. The remains were found strewn along several miles of thicket adjacent to Ocean Parkway, just east of Jones Beach.