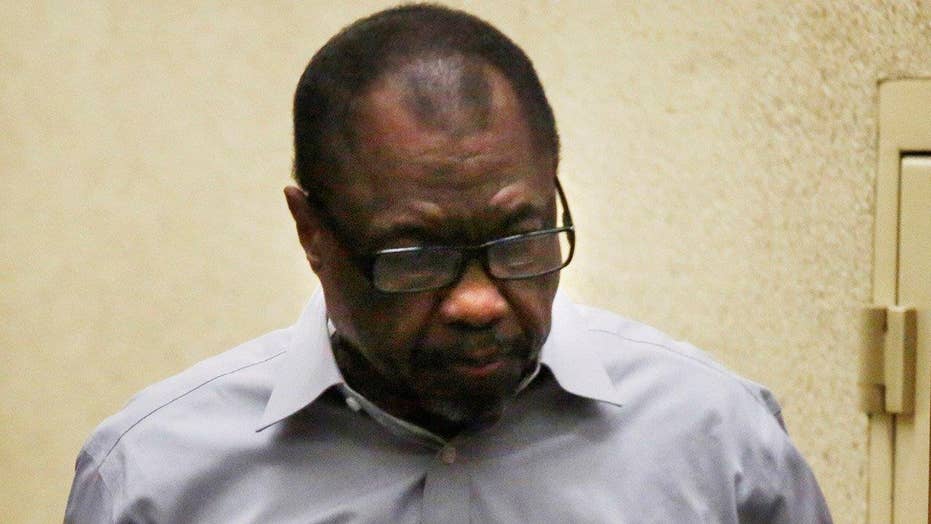 Death for the 'Grim Sleeper'?

If the "Grim Sleeper" took a break from murdering women in Los Angeles, it was shorter than initially believed, according to prosecutors seeking the death penalty for the serial killer.

Deputy District Attorney Beth Silverman outlined evidence Thursday of five additional slayings she said Lonnie Franklin Jr. committed, including one during the apparent hiatus that earned him the moniker.

Jurors in Superior Court will decide during a second phase of trial whether Franklin should be sentenced to death or life in prison without parole for the killings targeting young black females over more than two decades.

Franklin, 63, a former trash collector and onetime garage attendant for Los Angeles police, was convicted last week of murdering nine women and one 15-year-old girl from 1985-1988 and then between 2002-2007.

Silverman said she would present evidence of similar killings connected to Franklin that will expand the range of rage from 1984 to 2010 and include a slaying from 2000, during the serial killer's so-called "sleep," which police originally attributed to him laying low after one victim survived in 1988.

Silverman said the gun that killed the final victim Franklin was convicted of murdering links Franklin "like bookends" to the killing of the first known victim, Sharon Dismuke, who was found naked in an abandoned gas station restroom in 1984.

The gun was found in Franklin's garage after his arrest in 2010.

Evidence of the additional killings came to light after Franklin was indicted. Silverman said she chose not to charge Franklin with those killings because it would have delayed the case that took nearly six years to bring to trial.

She also plans to present testimony from a German woman Franklin was convicted of kidnapping and raping when he was stationed there in the U.S. Army in 1974.

The defense failed to persuade a judge Wednesday that the evidence should be barred from the penalty phase of trial that could last a month.

Defense attorney Seymour Amster said two of the additional women Silverman accused Franklin of killing have never been found and it's just speculation that his client had anything to do with their disappearances.

"There's no evidence of a violent crime," Amster said. "It was the crack epidemic ... anything could have happened."

Judge Kathleen Kennedy said the evidence was admissible during the penalty phase, but she suggested Silverman consider taking a more "conservative route" and omitting it because it could present issues during an expected appeal.

Silverman said prosecutors had long debated the issue and she noted that she was trying to bring closure to families who had waited a long time to find out what happened to their loved ones.

Authorities say the student identification card of one of the women, Ayellah Marshall, 18, who has been missing since 2006, was found in Franklin's garage after his arrest in 2010, along with the driver's license of Rolenia Morris, 29, who was last seen in 2005.

Two photos of Morris were found in a small garage refrigerator, which prosecutors have referred to as Franklin's "trophy chest" because it contained photos of scores of women, including one of the women he was convicted of murdering.