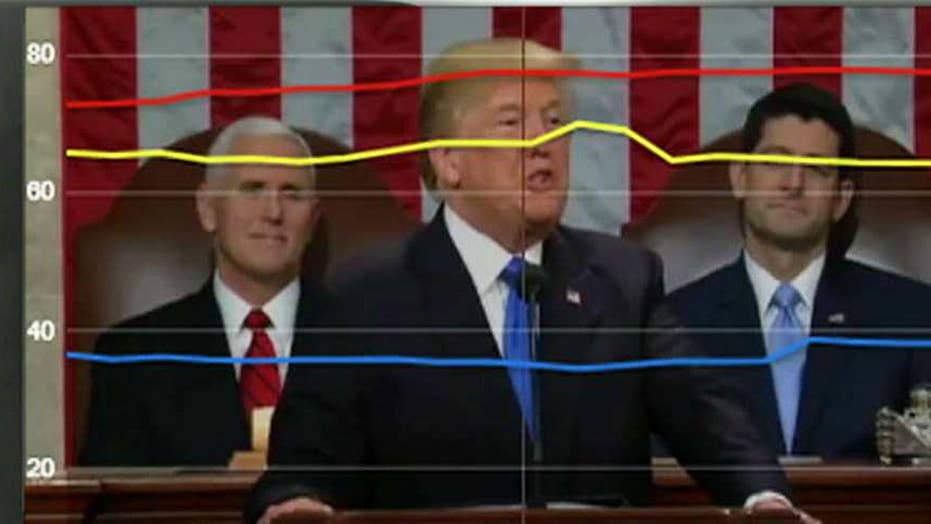 Several university and college professors took issue with President Trump’s first State of the Union address, turning to social media to express disgust at Trump's immigration rhetoric, the overall tone of the speech -- and even chants of “USA” from those in attendance.

STATE OF THE UNION REACTIONS: CELEBRITIES SLAM TRUMP BUT ADMIT THEY DIDN’T TUNE IN

One professor of political science at Howard University took issue with the sight of Trump instead of former President Barack Obama.

“Seeing Barack Obama as president of the United States used to be surreal…but, in a good way. This is surreal, in the traditional sense,” tweeted Assistant Professor Keneshia Grant.

Cohen also tweeted a photoshopped image depicting Trump pointing a gun at the Statue of Liberty's head and mockingly featuring the hashtags “America First” and “SOTU.”

“The SOTU is officially a Klan rally,” tweeted Keeanga-Yamahtta Taylor.

A political science professor, who focuses on Latino and minority politics and LGBT rights, was incredulous when those attending the speech began an improptu "U.S.A." chant.

“Are they seriously chanting USA?! I am embarrassed for my country,” tweeted Melissa Michelson, a professor at Menlo College in Atherton, Calif.

Wednesday morning she added: “I have no respect for news media outlets reporting last night's #SOTU as anything other than divisive and xenophobic #unpresidented.”

University of Miami, Fla. Political Science Professor Fernand Armandi slammed Trump as a “pathological liar” prior to the speech, adding “not a single word he utters tonight means a damn thing.”

Blanchfield added Trump “delivered a variety of trollish appropriations of social justice language, cunningly designed by his speech writers. He venerated the war machine. He used dogwhistles instead of outright slurs, and deployed people and their pain as props.”

A University of Georgia associate professor of international affairs, Cas Muddle, tweeted: “That was a long-winded way to say “white” #immigrationreform #SOTU.”