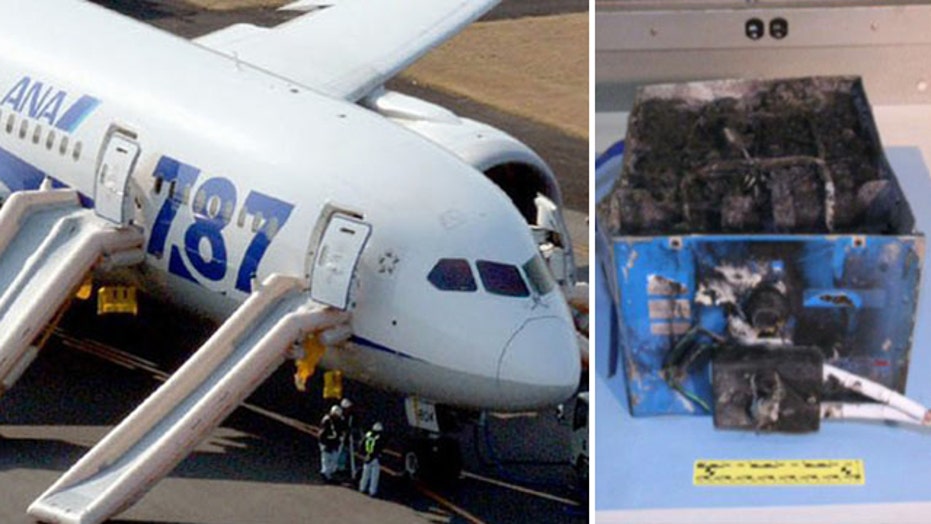 Japanese and U.S. investigators began a probe Monday into the maker of the lithium ion batteries used in Boeing's grounded 787 jets.

Tsutomu Nishijima, a spokesman for GS Yuasa, the battery manufacturer, said investigators visited the company's headquarters in Kyoto, Japan, and that Yuasa was cooperating with the probe.

All 50 of the 787 Dreamliners that Boeing has delivered to airlines were grounded after an overheated battery forced the emergency landing of an All Nippon Airways 787 flight last week in western Japan. Boeing has halted deliveries of new planes until it can address the electrical problems.

Monday's investigation involved an introductory meeting and factory tour, with deeper studies into product quality and other issues to follow as the probe continues, said Tatsuyuki Shimazu, the chief air worthiness engineer at the Civil Aviation Bureau's Aviation Safety Department.

Two investigators from the U.S. Federal Aviation Administration and an investigator from Japan's government were conducting the probe into how the batteries are made and assembled and into any quality issues, he said.

"We are in the midst of collecting information, so as to whether there is a problem or not has not yet been determined," Shimazu said.

Nishijima of GS Yuasa said he could not comment on details of the investigation.

The burned insides of the ANA battery showed it received voltage in excess of its design limits. However, a battery that caught fire in a Japan Airlines Boeing 787 in Boston earlier this month was found not to have been overcharged.

U.S. government investigators said there could still be problems with wiring or other charging components.

In the U.S., investigators from the National Transportation Safety Board planned to meet Tuesday with officials from Securaplane Technologies Inc., manufacturer of the charger for the 787s lithium ion batteries, at the company's headquarters in Tucson, Ariz., said Kelly Nantel, a spokeswoman for the board.