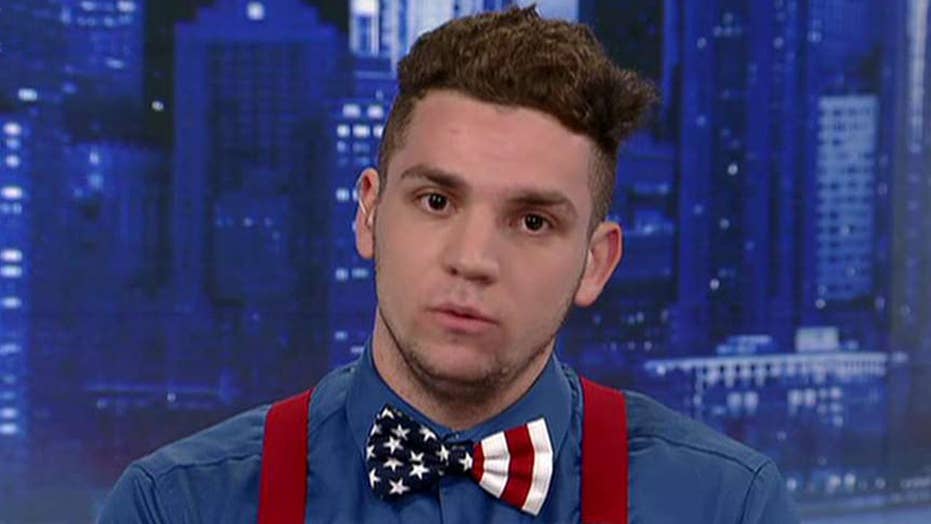 A viral video shows a group of conservative Fordham University students in New York City being kicked out of a campus coffeehouse after being told their pro-Trump “Make America Great Again” hats violated the shop’s “safe space” policy.

"Fox & Friends" aired on Sunday a portion of the video, which shows the group being told, “I don’t want people like you supporting this club.”

“No one here wants people like you supporting our club,” a Rod’s student volunteer employee is heard saying. “I’m giving you 5 minutes.”

She goes on to say, “You are threatening the integrity of our club. This is a community standard. You are wearing hats that completely violate safe space policy. You have to take if off or you have to go.”

“I didn’t make any noise,” he said, according to "Fox & Friends." “I wasn’t rude. I didn’t curse at anybody. I was just sitting enjoying a cup of coffee with friends.”

The video was first shown by Campus Reform. It has been viewed more than 67,000 times as of Sunday.

The website reported that Spring and his pals were given a handout titled “Rodrigue’s Coffee Shop has a safer space policy,” prohibiting racism, sexism and homophobia and urging patrons to be mindful of the ways in which their words and actions can impact others.

A Fordham spokesman told Fox News in a statement Sunday that there is no such policy on campus.

“There is no University safe space policy, nor one that excludes any members of the Fordham community from any public spaces on the basis of their political views,” spokesman Bob Howe said.

He said Fordham is a community that values diverse opinions, and in which students should disagree with one another in a civil fashion.