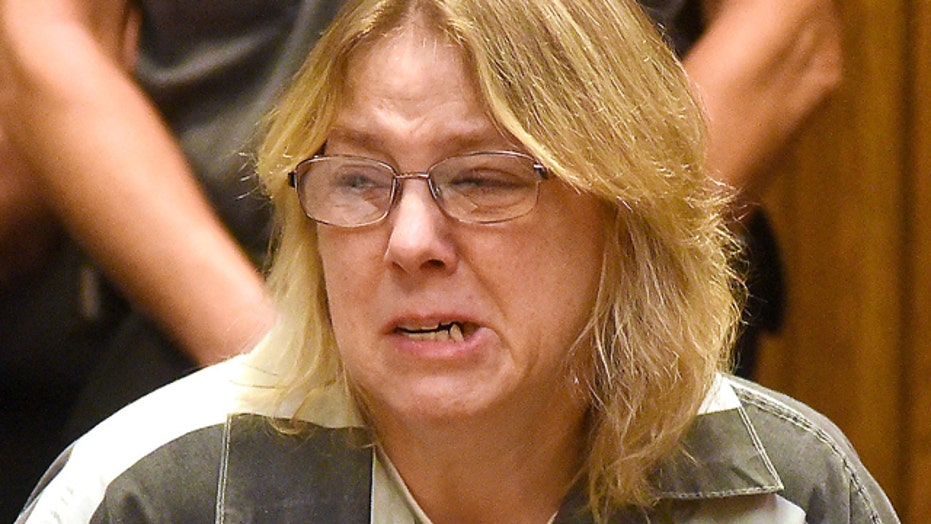 Mitchell weeps during sentencing for role in NY prison break

The former prison worker who helped a pair of murderers escape a New York correctional facility sobbed as she was sentenced to 2 1/3 to seven years behind bars Monday during her sentencing hearing.

Joyce Mitchell, 51, wiped away tears and apologized as Judge Kevin Ryan upheld the terms of the plea deal she reached with prosecutors this summer.

“If I could take it all back I would,” Mitchell said Monday, with her husband seated in the audience, looking on. “I can’t begin to explain how sorry I am for all of this, to my community, to my coworkers, to my family, to all the officers that were involved in this and were taken away from their families in the search while these two men were on the loose.”

“At any time you could have stopped the escape from happening”

Mitchell pleaded guilty to charges related to providing tools to Richard Matt and David Sweat, who broke out of the Clinton Correctional Facility June 6. The pair eluded more than 1,000 searchers in northern New York for weeks. Matt was killed by a border agent June 26. Sweat was wounded and captured by a trooper two days later.

Mitchell admitted becoming close with the pair, and she agreed to be their getaway driver before backing out.

“I am 51 years old and this is by far the worse mistake I’ve ever made,” Mitchell said. “I live with regret every day and will for the rest of my life. I’ve never been so disappointed in myself. I’ve not only let myself down, but my family.”

Mitchell, reading from prepared remarks and crying frequently, said she was “not a bad person,” but admitted that she “clearly made a horrible mistake.”

Ryan was unforgiving in his remarks to Mitchell, citing the estimated $23 million in overtime costs incurred from the manhunt and the “large portion of the local population” that was “terrorized.”

He also spoke of the many law enforcement officers who came from all over the country to help in the frantic search to locate the violent duo.

“They traversed very inhospitable territory, never knowing if the next step they took in deeply wooded areas would be their last,” Ryan said. “At any time you could have stopped the escape from happening.”

"No, not at all," he said. "I say that because Joyce Mitchell was the primary reason, the primary avenue that David Sweat and Richard Matt used to escape from the Clinton Correctional Facility."

Wylie said he wished he had been able to file additional or enhanced charges, and believed Mitchell should have gone away for "certainly a lot more than seven years."

Mitchell suffered a panic attack the day of the escape and was taken to a hospital. She was arrested a week later and has been in jail since then.

Officials said the convicts used tools to cut their way out of their adjacent cells and get into the catwalk between the cell block walls. They crawled through an underground steam pipe and reached a street near the prison walls through a manhole.

Sweat, who is being housed in a solitary cell at a central New York prison, faces charges in the escape.

A prison guard, Gene Palmer, who authorities have said unwittingly abetted the escape plot, has pleaded not guilty to a charge of promoting prison contraband. Officials said he gave the two prisoners frozen hamburger meat Mitchell used to hide the hacksaw blades she smuggled to Sweat and Matt.