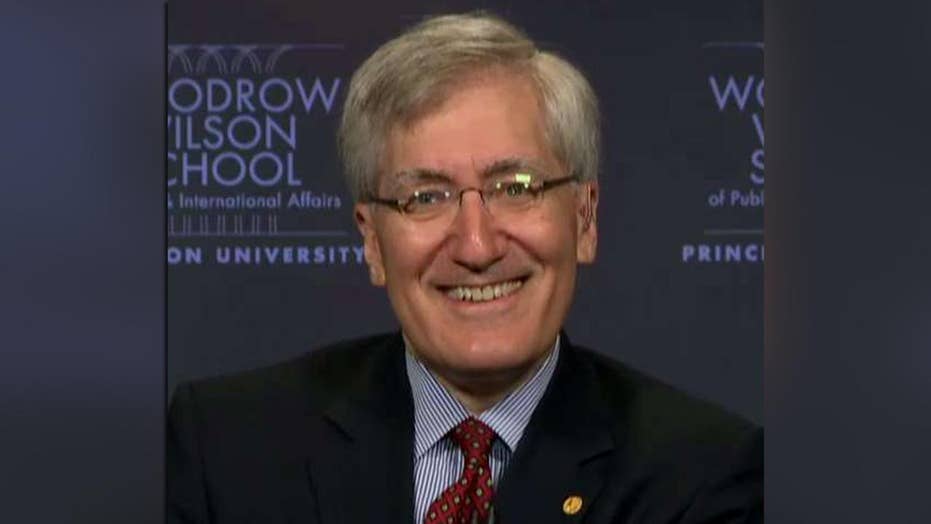 Professors to Class of 2021: Stop being snowflakes

A group of Ivy League scholars has a word advice to incoming college freshman: Think for yourselves and avoid the 'vice of conformism' #Tucker

A Princeton University professor who signed an open letter encouraging incoming college freshmen to "think for yourself" told Fox News' "Tucker Carlson Tonight" Wednesday that "you cannot seek the truth if you're a conformist."

"We’re telling our students not to fall into that groupthink," Professor Robert P. George told host Tucker Carlson. "You should be pursuing the truth. That’s what being in college is all about. It’s learning to pursue the truth and it’s learning to become a life-long truth seeker."

George, a professor of politics and jurisprudence, was one of 16 faculty members from Princeton, Harvard and Yale who signed the letter warning the Class of 2021 about the danger of "falling into the vice of conformism" on college campuses.

"In today’s climate, it’s all-too-easy to allow your views and outlook to be shaped by dominant opinion on your campus or in the broader academic culture," the letter says in part. "At many colleges and universities ... it leads [students] to suppose that dominant views are so obviously correct that only a bigot or a crank could question them."

"Epithets like 'bigotry' far too often are used to shut down debate," George said. "It’s the equivalent of saying 'This conversation is over because the Bible says.' ... Just as we would accuse someone who tried to shut down conversation [that way] of being a fundamentalist, all too often we have secular fundamentalists today; people who because of their beliefs about same-sex marriage or abortion ... want to shut down debate and discussion by calling the other guys names."

"We’re trying to tell our students, 'Don’t fall for it. Don’t put up with it,'" George added. "'Certainly don’t practice it. But don’t allow yourselves to be intimidated and bullied by those who do practice it. They are the real bigots.'"