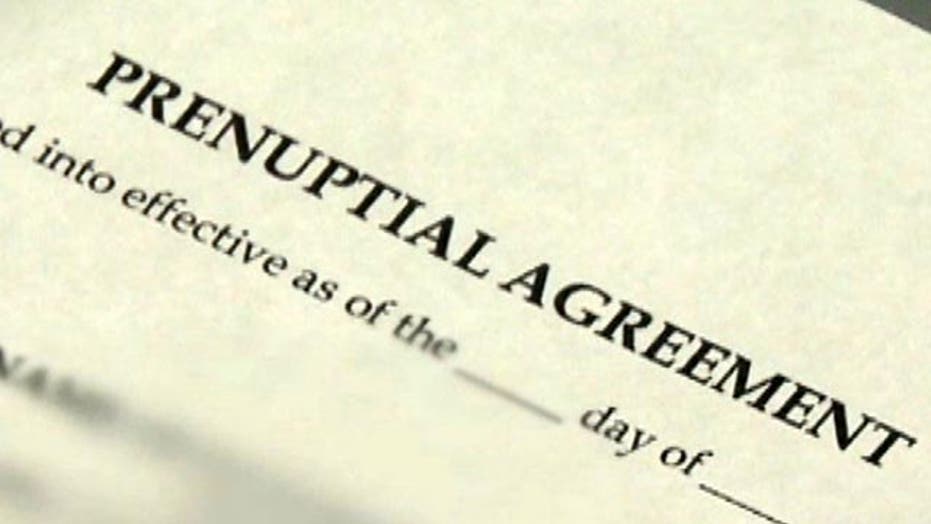 Prenups getting a social media makeover

Prenuptial agreements are evolving to include new language called a "social media clause" that protects married couples - and exes - from a digital public relations disaster.

"When they have this social media clause, each party will agree not to post, tweet, or otherwise share via social media, positive, negative, insulting, embarrassing, or flattering images or content of the other," said New York-based attorney Ann-Margaret Carrozza.

Each party can customize the prenup, but Carrozza recommends keeping it as broad as possible, to the point of including online postings that could be considered positive.

"Because we want to guard against someone being able to defend themselves by saying 'oh, I thought you looked good in that photo, that's why I shared that photo,' so I make the clause broad enough that I don't care what you thought, you weren't allowed to share any photo after the date of the break up," said Carrozza.

If someone breaks the contract after the couple splits, Carrozza said the "sanctions are monetary in nature."

With divorce rates at more than 50 percent, the chances of an ex seeking revenge could be high.

"Wouldn't you want some type of guarantee that an angry ex - with the press of a button - couldn't publicly humiliate you on a global scale, thereby causing you repetitional harm that will possibly derail your professional career?" Carrozza asked.

Manhattan-based psychotherapist Diane Spear said that while you hopefully can trust your partner to be reasonable and loving, sometimes people are not what they seem.

"You could see a side of someone you wouldn't have believed existed when you're flushed with the romance and newness of the marriage," said Spear.

Even though prenups can be considered negative or positive for a relationship moving forward, the social media aspect of the contract is considered by some to be a future sign of problems.

"If you're marrying someone and you're concerned that they're going to put a nude picture of you on the Internet, and you have to put that into a prenup - there's probably a problem in the relationship before you're even getting married," said New York-based attorney David Centeno.

"When you're entering into a marriage, you still need to be aware that the odds are 50-50 that it's going to go the distance. With a prenup in general, you're guarding against losing half of your assets if the relationship doesn't work out," said Carrozza.