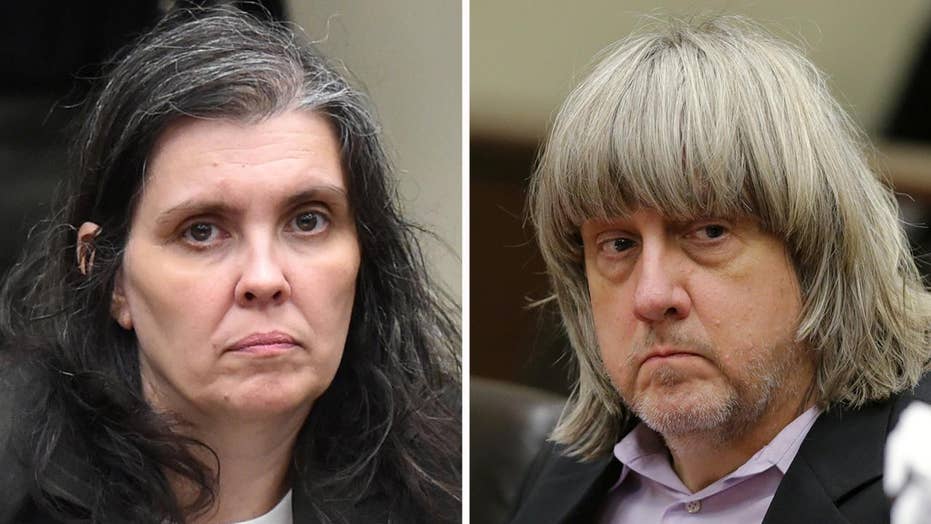 The uncle of the 13 children allegedly held captive and abused by their parents in southern California reportedly wants to adopt the kids -- but he won't be doing so before authorities question his own past and how much he may have known about the so-called "House of Horrors" the kids were shackled inside of.

Dr. Randy Turpin, the brother of accused abuser David Turpin, told authorities he wanted to explore the possibility of taking care of the children, CBS News reported. The 13 kids range in age from 2 to 29, and it wasn't immediately clear how many children Turpin would be able to adopt. It also remained unclear what would happen to the children who were at least 18 years old and who authorities say were "freed" after being found shackled to a bed.

However, before anything can move forward, investigators reportedly want to sit down with Randy Turpin to discuss, among other things, a book he wrote about the spiritual benefits of fasting.

Turpin is the president of Valor Christian College in Ohio and is a megachurch preacher whose 2016 book “21 Days of Prayer and Fasting” promises to “help bring a person to a place of personal freedom.”

He recently took a leave of absence from his post at VCC to deal with “revelations about estranged family members,” he said in a statement viewed by the New York Post.

The college is connected to the World Harvest Church, which was founded by televangelist Rod Pasley, and which was forced to pay a family $2.9 million after a daycare worker hit a 2-year-old with a ruler, leaving welts and bruises, the Columbus Dispatch reported.

It is unclear if Randy Turpin has had any conversations with investigators since his brother's arrest.

Another relative, mother Louise Turpin’s sister, Teresa Robinette, told InsideEdition the children should be cared for by her side of the family.

“If these children go into foster care, that’s the worst case scenario,” she said. “We would like to get family members of ours together to make sure that each one of these kids is placed with a blood family member. That way even if they are scattered they will still be with our family and they would still have a connection for life.”

Authorities say the couple's 2 dogs were well cared for while their 13 children were starved and tortured.

David and Louise Turpin are accused of abusing their children before the 13 kids were rescued Jan. 14 from their home in Perris, Calif. They have pleaded not guilty to torture and other charges.

According to authorities, the children were so malnourished their growth was stunted.

Deputies arrested the husband and wife after their 17-year-old daughter climbed out a window and called 911, officials said. Authorities said they found the siblings in the family's filthy home, with three of them shackled to beds when deputies knocked on the door.

“Victims in these kinds of cases, they tell their story, but they tell it slowly. They tell it at their own pace,” he said. “It will come out when it comes out.”

On Wednesday a judge signed a protective order prohibiting the couple from contacting their children, except through attorneys or investigators, for at least three years.