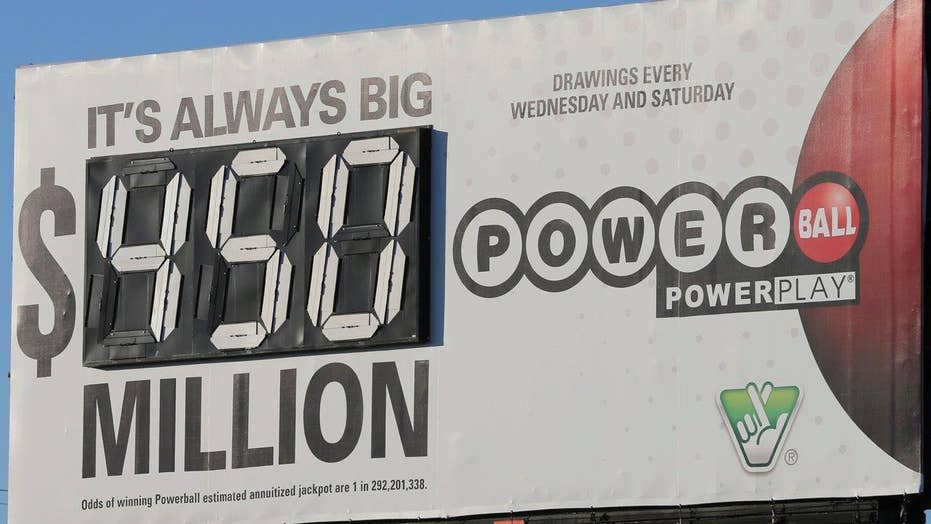 Better chance of shark attacking you than winning Powerball

The Powerball jackpot has climbed to an estimated $500 million as more people across the country buy a chance at the biggest prize in nearly a year.

Officials with the Multi-State Lottery Association raised the jackpot estimate from $450 million due to strong sales before Wednesday night's drawing.

The jackpot ranks as the sixth largest offered in North America and the biggest since a $564.1 million Powerball prize shared by players from North Carolina, Texas and Puerto Rico last February.

A winner of Wednesday's jackpot could claim the pre-tax $500 million prize through an annuity over 29 years or in a single pre-tax payout of $306 million.

Powerball is played in 44 states, the District of Columbia, the U.S. Virgin Islands and Puerto Rico.

Here are more details about the big lottery payoff.

HOW DOES THE JACKPOT RANK?

The jackpot would be the sixth-largest ever in North America. It's been growing since the last Powerball jackpot winner on Nov. 4 and will keep climbing if no one wins the big prize on Wednesday. If there isn't a jackpot winner, the prize for Saturday's drawing would be significantly larger, but it would still take some time to grow beyond the record. That was a $656 million Mega Millions jackpot won in March 2012. The largest Powerball prize was a $590.5 million jackpot won by a Florida woman in May 2013.

The prize would have a cash option of $306 million, and that's before taxes are deducted. The $500 million prize is based on an annuity, which would pay out the money over 29 years.

THE ODDS? NOT GOOD.

The odds are one in 292.2 million, which means you're really, really, really unlikely to win. For some comparison, your chance of being struck by lightning in a year is about one in 960,000. But as lottery officials often note, you have no chance of winning if you don't buy a ticket.

Some players feel they increase their odds of winning by pooling their money with co-workers, with a promise to split the winnings. Joining with colleagues and friends can increase the fun of playing, but the odds of winning are so tiny that adding 50 or 100 chances doesn't matter much. Lottery officials recommend that if people pool their money, they put down rules in writing for splitting the prize, as it's easy for misunderstandings to crop up when hundreds of millions of dollars are at stake.