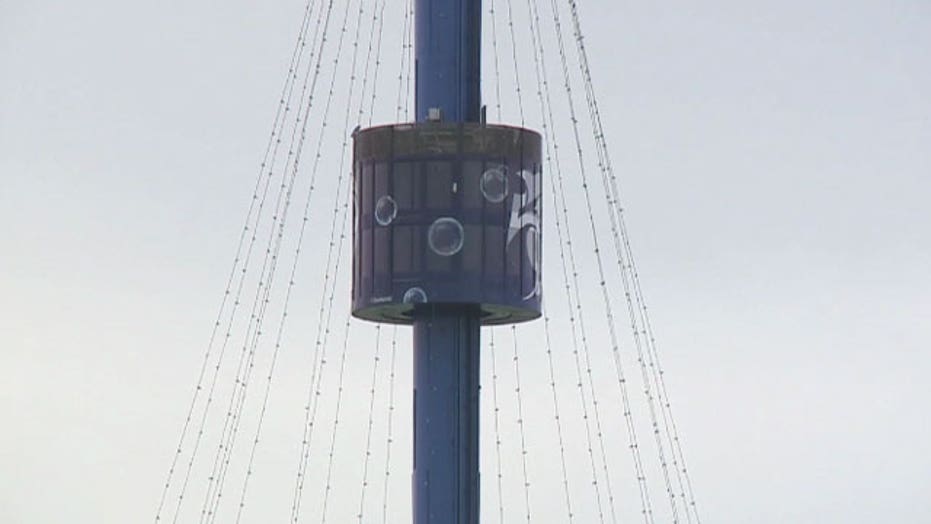 Amusement park's rides shut down after power goes out

A power outage at San Diego's SeaWorld theme park left dozens of people stranded for approximately four hours Sunday afternoon on board a ride hundreds of feet off the ground.

Fox 5 San Diego reported that 46 passengers and two SeaWorld employees were on board the Skytower when the power went out at around 3:30 p.m. local time. The ride is 400 feet tall and allows visitors to take in views of Mission Bay and the San Diego skyline from a revolving capsule.

"The guests were never in danger and park officials were in constant communication with them while the power failure was being addressed," said SeaWorld spokesman David Koontz, who added that the two employees in the capsule provided guests with water and snacks.

The capsule finally descended at around 7:30 p.m. once power was restored. No injuries were reported, but Swanson said a 17-year-old boy was treated for anxiety at a local hospital.

The cause of the outage is under investigation.