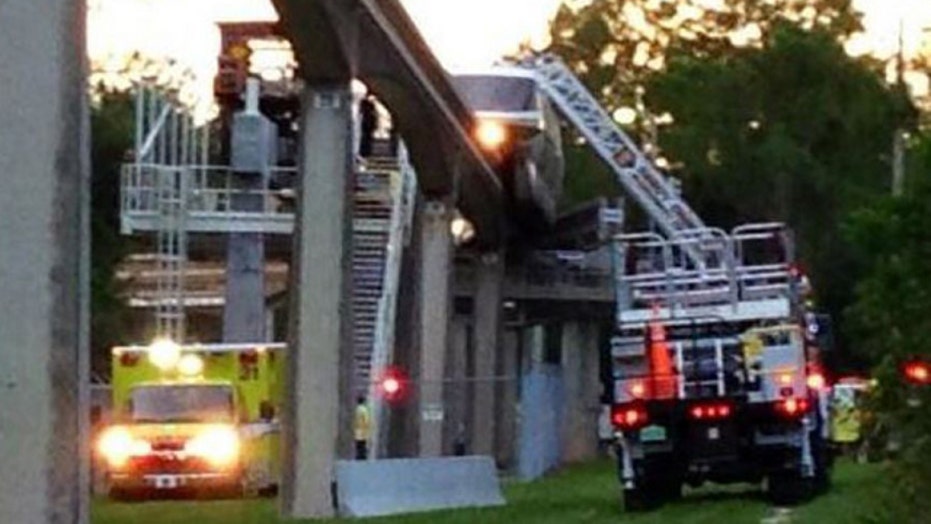 A power outage caused by an apparent lightning strike brought one of Disney World's monorail trains to a halt Sunday evening.

Fire officials told MyFoxOrlando.com that the monorail lost power at around 6:30 p.m. local time. Passengers told the station that they saw lightning hit the train, but that was not confirmed by fire officials or park authorities.

After an initial attempt by Disney employees to restore power to the track, fire officials decided to remove all 120 passengers from the monorail using a mechanized lift, a platform truck, and an aerial ladder.

Wahler said that there was no fire caused by the lightning strike and only one monorail line was affected.