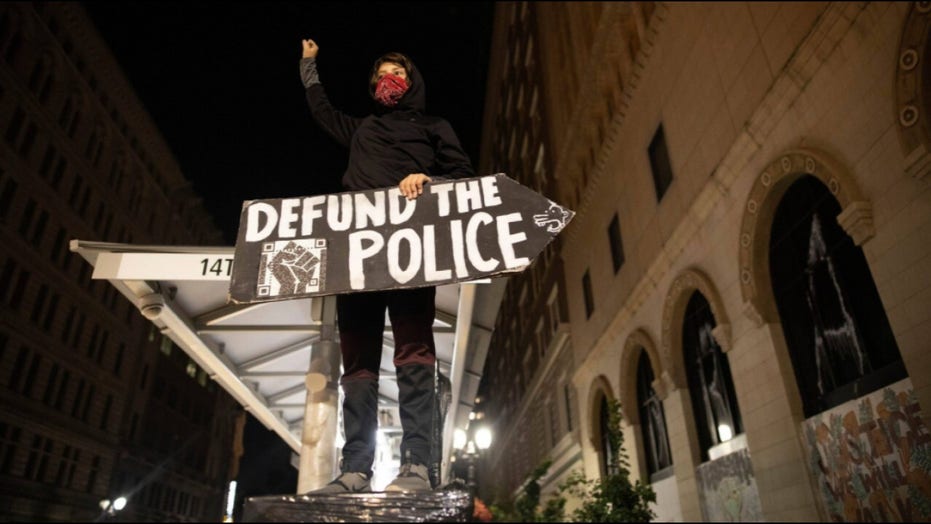 Portland-based attorney James Buchal on the federal government dropping nearly half of all Portland riot cases.

Portland, Oregon, residents surveyed about the city’s downtown said they plan to visit less frequently, mainly citing the homelessness and rioting that has plagued the area in the last year, according to a new poll.

Respondents to the poll commissioned by The Oregonian newspaper used words like "dirty," "trash," "riots" and "unsafe" to describe the heart of the city, which appears to have deteriorated during the coronavirus pandemic and social unrest of the past year.

And while large-scale anti-police protests have mostly faded since their apex last summer, the city has yet to quell continued destruction caused by smaller groups who go through the city purporting to demonstrate for racial justice, smashing windows and tagging buildings in the process.

"There seems in the last year to be this permission to do violence," respondent Laurie Lago, 75, who lives near where the protests have been centered, told The Oregonian. She expressed frustration about the lack of riot-related arrests.

"There seems in the last year to be this permission to do violence."

Sam Adams, an adviser to Mayor Ted Wheeler, said the mayor supports "kettling" to contain vandals, which involves confining rioters to a small area before arrests are made. He claimed Wheeler has also been working with the Multnomah County Sheriff’s Office to make sure rioters who were previously cited and released will be booked into jail.

MOST PORTLAND RIOT SUSPECTS WON'T BE PROSECUTED, US ATTORNEY REVEALS

But the problem is the city has a backlog of cases, which hasn’t been helped by the pandemic.

Rioters smashed a Starbucks window in downtown Portland during a night of vandalism earlier this month.  (Portland Police Bureau)

"As soon as the courts open up, we want to make sure that these criminal vandals are held accountable in the courts," Adams told The Oregonian. "One of the challenges has been that the courts aren’t convening around these kinds of cases."

Lago said the city has also failed to respond to the growing homelessness situation and 74% of the survey’s 600 respondents said they aren’t happy with the way Wheeler and the City Council have handled the situation.

Nearly as many, 68% of respondents, disapproved of the city’s handling of protests. Wheeler barely held on to win reelection last year and the survey shows he has a long way to go to improve his perception in the city.

Respondent Myrna Brown, 59, said she and her 13-year-old son used to go downtown all the time but neither of them feels safe there anymore.

"He loved to go down just to the waterfront and walk around," she said. "He loved to go to Saturday Market. These are things that cannot happen anymore." 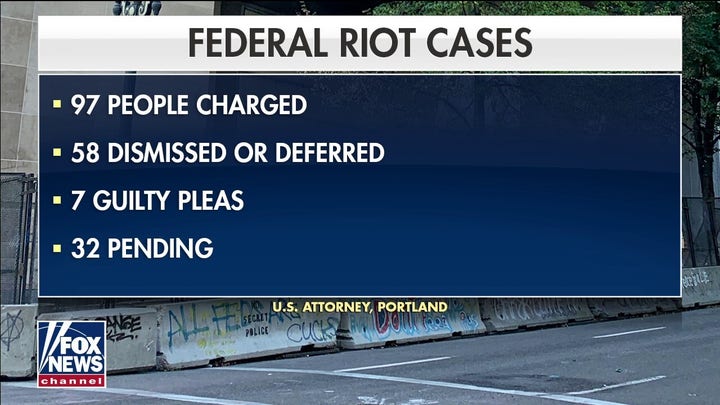 Even so, 83% of respondents who live within the city limits and 86% who live outside said they feel safe in the own neighborhood, according to the poll.

"I love Portland, generally speaking," respondent Matthew Forsyth, 65, said. "It’s just that downtown right now, it feels like it needs to be revitalized and it doesn’t feel safe."

"The strengths of our downtown are unique and they haven’t gone away," Adams told The Oregonian. "Everything from the small blocks, to interesting food carts you can’t get anywhere else, a variety of shopping experiences, easy access with transit -- those strengths are still there."

The poll was conducted by DHM Research and included 600 respondents in Multnomah, Clackamas, Washington and Clark counties.