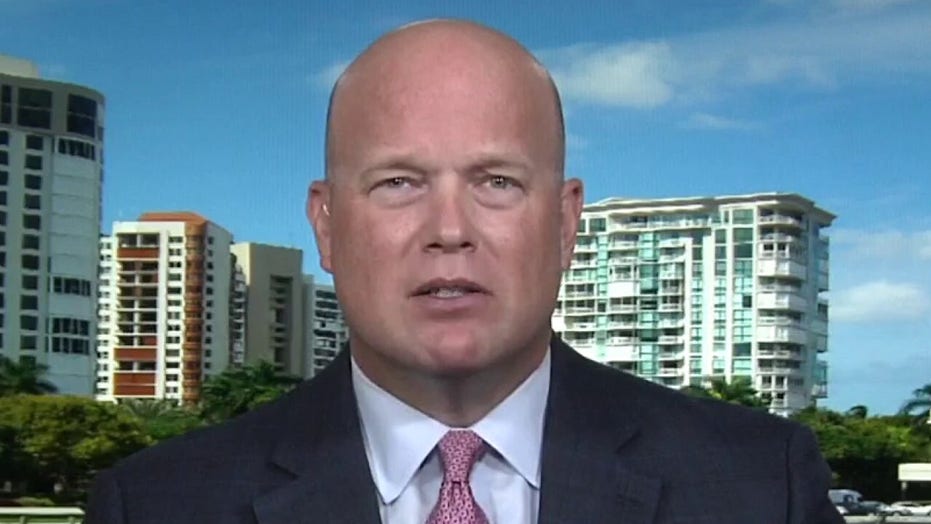 A Portland protester was outed by his own grandmother after she identified him by the protective vest he wore and that could be seen in video footage -- a vest she bought him, according to reports.

A protester was caught on film throwing what appeared to be an explosive device at the Mark O. Hatfield Federal Courthouse, a frequent target for attacks during the roughly two months of protests in the city. The explosion from the device reportedly created a concussion that could be “heard and felt more than a block away,” police had said.

The protester wore a green vest with the word “ICONS” printed on it.

Karla Fox, 69, claimed to immediately recognize the vest as the one she had bought for her grandson, Gabriel “Rico” Agard-Berryhill, according to the New York Post.

“I bought the vest for him after he found one online after getting hit with rubber bullets the night before at the protest,” Fox told the Post.

The man officials later identified as Agard-Berryhill was reportedly dressed in a green vest with camouflage pants and wearing a mask.

Fox said she posted a review for the vest, as well as posted a photo to Facebook of her grandson posing in the non-bulletproof vest. She initially identified her grandson in a tweet, the Daily Mail reported.

Fox told that Post that when she last saw her grandson last week, he said he was peacefully protesting and “protected a girl.”

A man in the same vest, identified as “Rico” in an affidavit, appears in a viral July 18 video using a shield to protect a nude protester dubbed “Naked Athena.”

“I don’t condone any of this,” Fox told the Post. “I am amazed at all of these events.”

PORTLAND SEES LARGELY PEACEFUL NIGHT OF PROTESTS WITH MORE THAN 1,000 DEMONSTRATORS AS FORCES WITHDRAW FROM CITY

Agard-Berryhill, 18, appeared to confess to “misguided involvement” in texts to the Post on Thursday, but he did not take credit for the bombing.

“The device I’ve been accused of allegedly throwing was allegedly given to me by an unknown protestor with full face coverings,” Agard-Berryhill wrote to the paper. “I was allegedly told that it was a strobe firework that wouldn’t damage the building or harm anyone around it.”

“Law enforcement has not contacted me for any alleged crime as of right now,” he claimed.

According to the Post, Agard-Berryhill later told his probation officer that he wanted to turn himself in. He was arrested by the U.S. Marshals and booked into the Multnomah County Detention Center, the paper reported. He has been charged with felony arson and faces a minimum of five years in prison if convicted.

He was later released without bail.

He told a Bureau of Alcohol, Tobacco, Firearms and Explosives (ATF) agent that the device he was told to throw had “yellow cardboard packaging with blue stripes, was the size of a small ‘V8’ can, and had a green fuse," the Post reported.

Fox said her grandson is currently on probation for a felony conviction when he was a minor, the Daily Mail reported. She said he spent the past two years at the Rogue Valley Youth Correctional Facility in southern Oregon and recently talked of turning his life around and getting a job at Amazon.