Moderator asks if former VP has urged city, state Democratic leaders to step in and stop the unrest.

The Justice Department has rejected a request from Portland Mayor Ted Wheeler to end to the federal program that deputized of dozens of police officers in the U.S. Marshals who are part of the city's response to ongoing protests.

The statement added that the deputation of Oregon State Police, Multnomah County Sheriff and Portland Police Bureau serves as a deterrence for those looking to commit criminal acts amid more than 100 consecutive nights of protests in the city that have routinely turned violent.

On Tuesday, Wheeler said he asked the U.S. Attorney's Office to end the deputation of 56 Portland police officers in the Police Bureau's Rapid Response Team. The program that deputized the officers as federal marshals is expected to run through the end of this year.

However, city officials were under the impression the special status would end Sunday, according to an email from Portland city attorney Tracy Reeve to the U.S. Attorney's Office. In a statement to Fox News, Wheeler said he asked the "U.S. Attorney’s office to withdraw the designation." 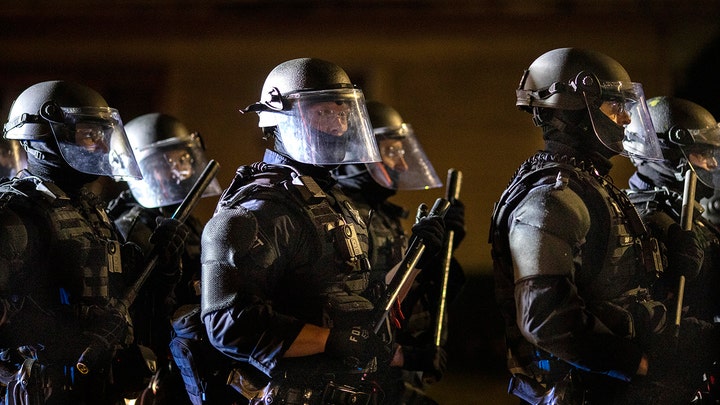 "A key feature of the designation is that anyone who assaults a federally deputized official could be subject to federal charges," Wheeler said. "Fortunately, I am confident the Multnomah County District Attorney will continue to prosecute anyone who assaults or otherwise harms police officers or others."

The Portland Police Association, the union that represents rank-and-file officers, declined to give a statement to Fox News.

The officers were deputized before last weekend's rally planned by the Proud Boys, a far-right hate group, according to the Southern Poverty Law Center. Its members have repeatedly clashed with counter-protesters in Portland and officials increased the presence of law enforcement to prevent any violence.

No major incidents were reported.

The DOJ said the deputation of local law enforcement personnel gives them the support they lack from City Hall.

"Portlanders, and Oregonians in general are sick of the boarded-up and dangerous conditions prevalent in downtown Portland due to a lack of leadership," the statement said.

The Proud Boys were put in the spotlight after President Trump's refusal to condemn armed militias and white supremacists during Tuesday's debate against Joe Biden. When the group was brought up, Trump said: "Proud Boys, stand back and stand by." 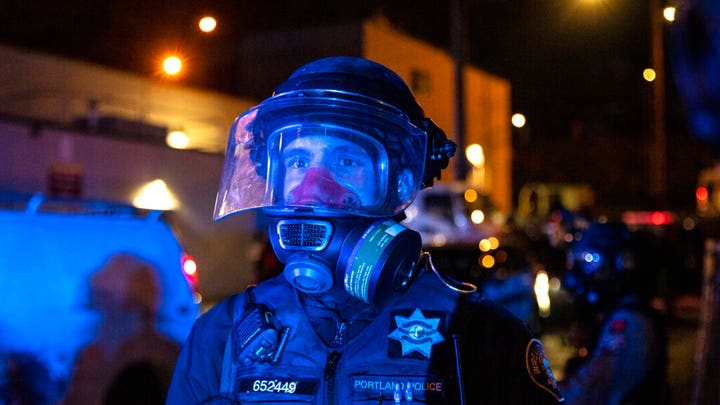 “Yesterday morning, city leaders met with the Western States Center for training about the history and tactics of white supremacy," he said. "We learned about its hallmarks, and how to recognize it. Then, last night, we saw it in action when Donald Trump refused to denounce white supremacy, and in his not-so-veiled call for his supporters to engage in intimidation at the polls and elsewhere.”