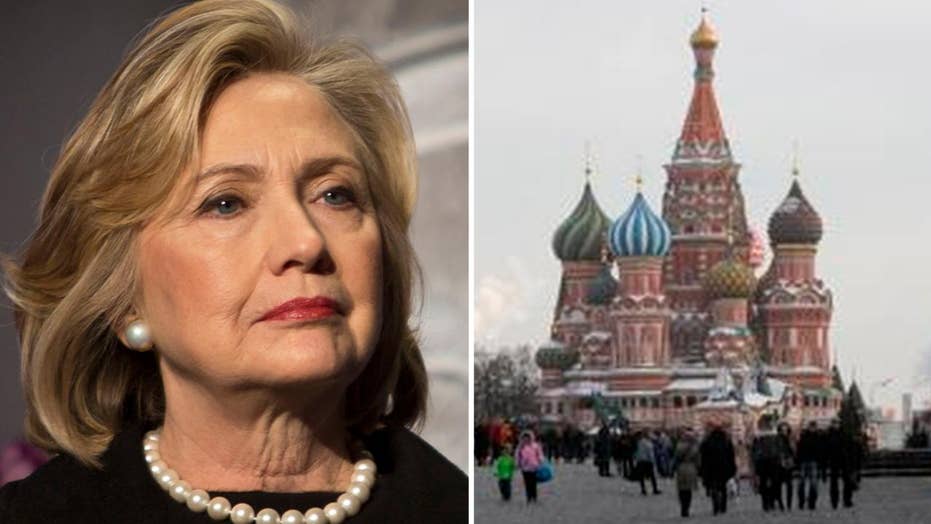 Some of the mainstream networks downplay report that the Clinton campaign and the DNC paid for the controversial anti-Trump dossier.

An article bashing the Wall Street Journal for an editorial on Robert Mueller's Russia investigation tried to build its case by quoting a former Journal employee -- who now works for the embattled research firm behind the salacious anti-Trump dossier at the center of the Russia debate.

The Politico article, “Murdoch-owned outlets bash Mueller, seemingly in unison,” gives a platform to a series of cherry-picked tweets criticizing the Journal’s Oct. 25 editorial, which called on Mueller to resign.

“I don’t know a single WSJ alum who’s not agog at where that edit page is heading,” the article quotes Journal alum Neil King as saying on Twitter.

What the article didn't say is that King now works for Fusion GPS, which, as Fox News has extensively reported, produced the anti-Trump dossier after it was, at least in part, hired by a lawyer representing the Clinton campaign and the Democratic National Committee.

Politico since amended the story, noting King's connection to Fusion and adding a note: "CLARIFICATION: An earlier version of this story failed to mention Neil King’s work for Fusion GPS."

The Campaign Legal Center, a watchdog group, filed a complaint last week with the Federal Election Commission, accusing the DNC and Clinton’s campaign committee of breaking campaign finance law by failing to accurately disclose the money spent on the Trump-Russia dossier.

Democrats since have been in damage control mode and have been trying to distance themselves from the dossier with a series of claims about not knowing what was going on.

The Politico article also tries to suggest – without any evidence -- that News Corporation Executive Chairman Rupert Murdoch ordered up the Journal editorial.