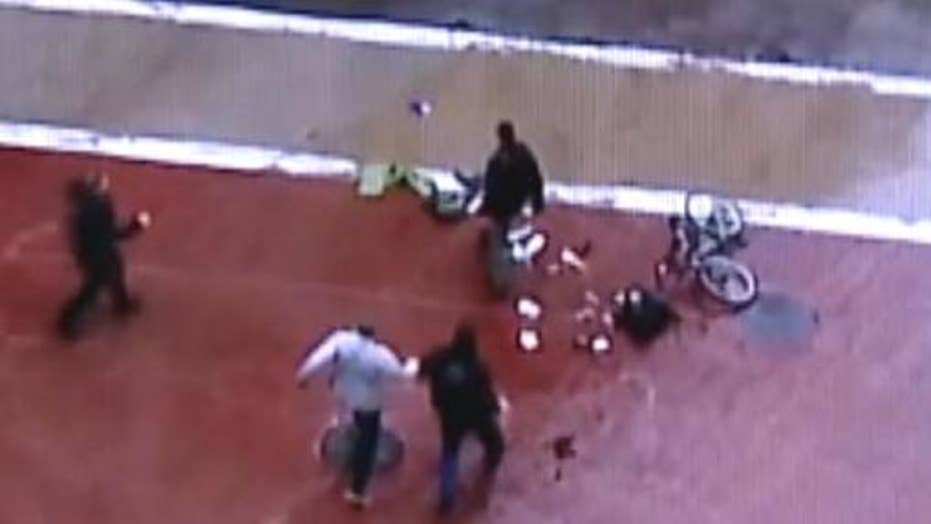 A man was tackled by officers in Milwaukee after going under police tape to inspect a suspicious package alone.

Milwaukee officers were forced to jet into action at the scene of a suspicious package Monday when a bystander ducked underneath the police tape and decided to inspect the package himself.

The video showed police cordon off an area in downtown Milwaukee as members of the bomb squad were getting ready to take care of the package.

A man is then seen running into the middle of the roadway and emptying the contents of the package. Luckily, nothing in what appeared to be a bag exploded. The street was cleared at around 9:30 a.m.

The man, who wasn’t immediately identified, was arrested for interfering with the Milwaukee County Bomb Squad, obstructing an officer and disorderly conduct, according to FOX6 Now.

It will be up to the district attorney to determine whether the man will be charged.