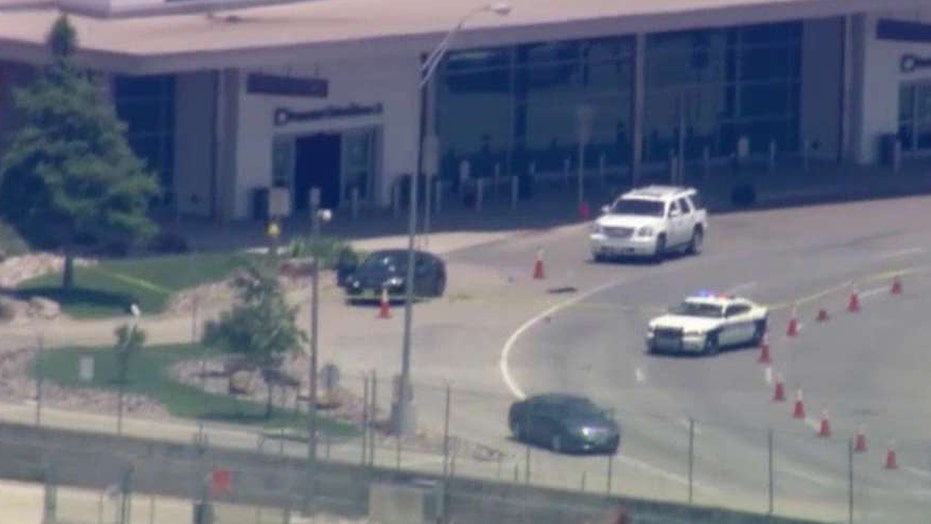 Shots fired at Dallas Love Field as bystanders look on

Police shot a man engaged in an apparent domestic dispute outside Dallas Love Field Friday, sparking a panic and forcing officials to evacuate part of the nearby baggage claim area.

The suspect, an unidentified black man, had been hurling large rocks at the mother of his children, Assistant Police Chief Randall Blankenbaker told reporters. When an officer approached, the man started yelling, "basically saying, 'shoot me, shoot me, I dare you,' something to that effect," witness Lucinda Fonseca told WFAA-TV.

Police said the suspect ultimately charged at police with a rock before an officer fired several times. They said the woman and the officer were not hurt, and that their children were not at the scene.

The suspect's condition was unclear. Paramedics rushed him to nearby Parkland Hospital.

Police blocked off a damaged black car with luggage on the ground nearby.

Airport officials told KRLD departures may be delayed as passengers go through re-screening. The airport serves as a hub for Southwest Airlines.

Video from the scene showed panicked fliers running away as at least eight shots rang out. Officers were heard shouting, "get down" and "stay down."

Fox News is told the TSA was monitoring the incident but considered it a local law enforcement matter.