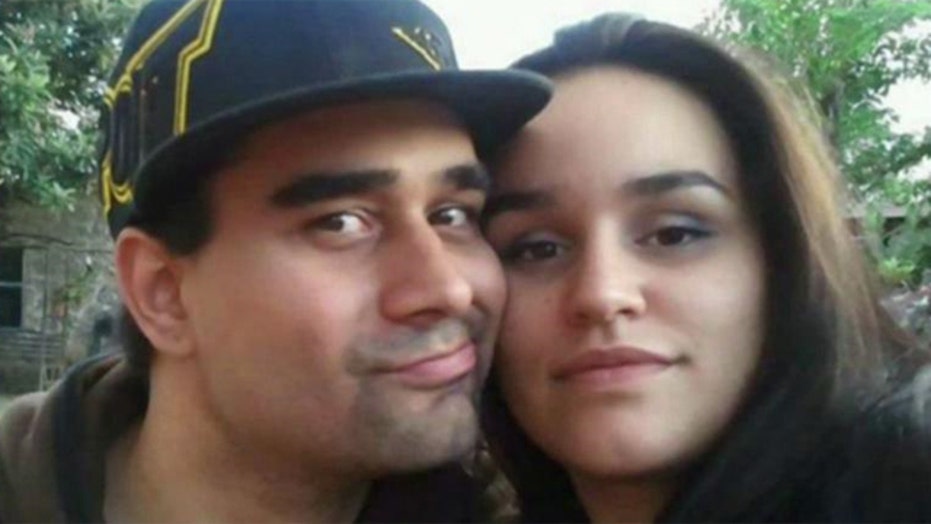 Florida man turns self in after shooting his wife

Man claims he killed his wife in self-defense

An apparently calm Florida man reportedly walked into a police station to surrender to authorities after confessing to killing his wife and posting a photograph of her corpse on Facebook last week, a surveillance video shows.

Derek Medina, 31, can be seen in a 23-second video released late Friday by the Miami-Dade Police Department along with his father, who is pacing back and forth with his hands inside his pockets, the Miami Herald reports.

Medina, clad in a gray sleeveless shirt and blue jeans, walks up to a counter to speak to someone at a service window before taking a seat in the police station’s lobby. The brief video then ends, the newspaper reports.

On Thursday, Medina, of South Miami, posted the grisly photograph of his 26-year-old wife’s body on the floor, claiming Jennifer Alfonso had punched him and he was wasn’t going to tolerate the abuse any longer.

“Im going to prison or death sentence for killing my wife love you guys, miss you guys take care Facebook people you will see me in the news,” the now-deleted Facebook page read.

Medina, a property management supervisor who has written ebooks on subjects like saving marriage through communication, said the couple became involved in a heated argument in a bedroom when he armed himself with a gun and pointed it at Alfonso, according to an affidavit.

The 6-foot, 200-pound Medina said Alfonso then left the bedroom, returning later to say she intended to leave Medina, who responded by confronting her in the kitchen. At that point Alfonso began punching Medina, he said, prompting him to return upstairs to retrieve his gun to confront her again. After Alfonso grabbed a knife, Medina said he was able to disarm her and put the knife in a drawer, at which point Alfonso began punching him again. Medina then shot her several times, according to an affidavit.

Medina has been charged with first-degree murder and was ordered held without bond at his arraignment on Friday.