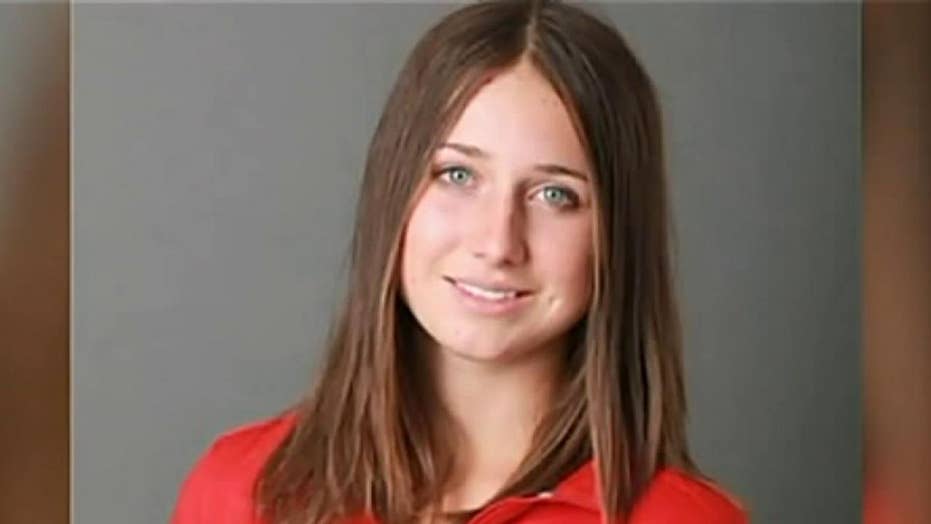 Salt Lake City police have released the 911 calls a University of Utah student made just days before she was shot and killed by her ex-boyfriend.

Weeks before Lauren McCluskey, 21, died, she broke up with Melvin Rowland, 37, after discovering that he had lied to her about his age and was a registered sex offender, University Police Chief Dale Brophy told reporters in October.

The student called police dispatch on Oct. 13 to let them know she was being blackmailed, FOX 13 reported.

“Hi, I have been blackmailed for, for money with threats of sending out…,” McCluskey told the dispatcher. Police did not release a part of the call when the student detailed the threats.

She told the dispatcher she reported the threats to University of Utah police but wasn’t sure when there would be an update.

“I was just concerned because I wasn’t sure how long they were going to take to file the arrest,” she told the dispatcher.

The 21-year-old student spoke to university police saying she was being “threatened with compromising photos.”

On Oct. 19, McCluskey called 911 asking for an update. The dispatcher asked if she spoke to university police but the student, growing frustrated, said she has not heard anything.

“They haven’t updated or done anything. So the case, it involves extortion,” McCluskey said.  “I haven’t gotten updates and it’s been a week.”

The dispatcher told McCluskey to contact the campus police detective assigned to the case. University of Utah police opened a case into the threats a day after her second call to dispatchers, the Salt Lake Tribune reported.

The last recording took place on Oct. 22 when Matt McCluskey, the student’s father, called saying his daughter was missing.

“She [Lauren] was abducted while we were talking to her on the telephone so we heard her being assaulted and we called the University of Utah campus police,” Matt McCluskey told the dispatcher.

MURDERED UNIVERSITY OF UTAH STUDENT WAS EXTORTED BEFORE HER KILLING, POLICE SAY

The dispatcher told the father that officers were aware of the situation.

The police department said they were “not directly affiliated” with Salt Lake City 911 dispatch, Fox13 noted.

Not too long later, McCluskey was found shot dead. The suspect in her murder, Rowland, was found dead that same evening of a self-inflicted gunshot wound inside a Salt Lake City church.