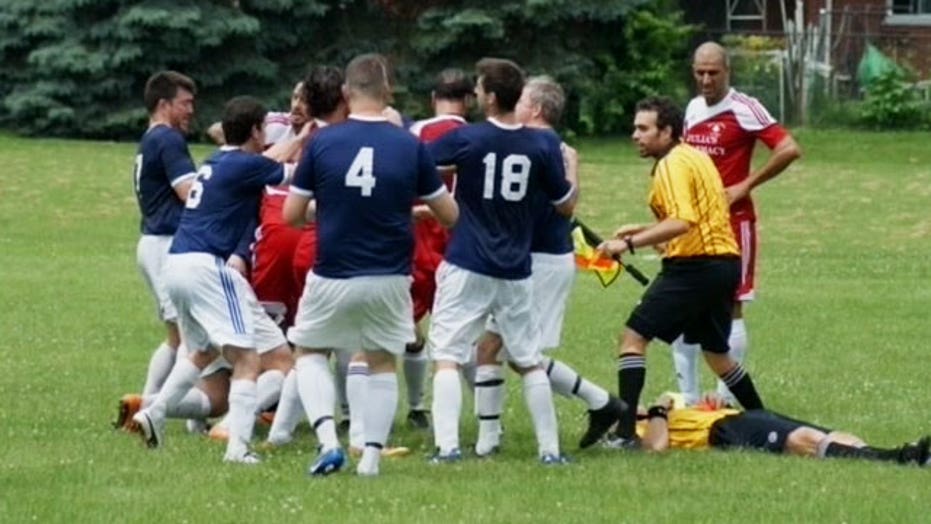 LIVONIA, Mich. – A woman who witnessed an attack on a referee at a Detroit-soccer match says on a 911 call that the assailant ran to a car before "peeling out."

Livonia police released the emergency call that was placed Sunday from the site of a game at Mies Park.

On it, the unnamed woman tells a dispatcher: "The referee is knocked out. He's not waking up."

The woman says CPR is being performed on the referee, who is not breathing.

She says the man punched the referee with his fist, then took off in a Jeep with "a huge Brazil flag" on it.

A 36-year-old Dearborn man is charged in the attack.

Two memorial funds have been set up for Bieniewicz's family.