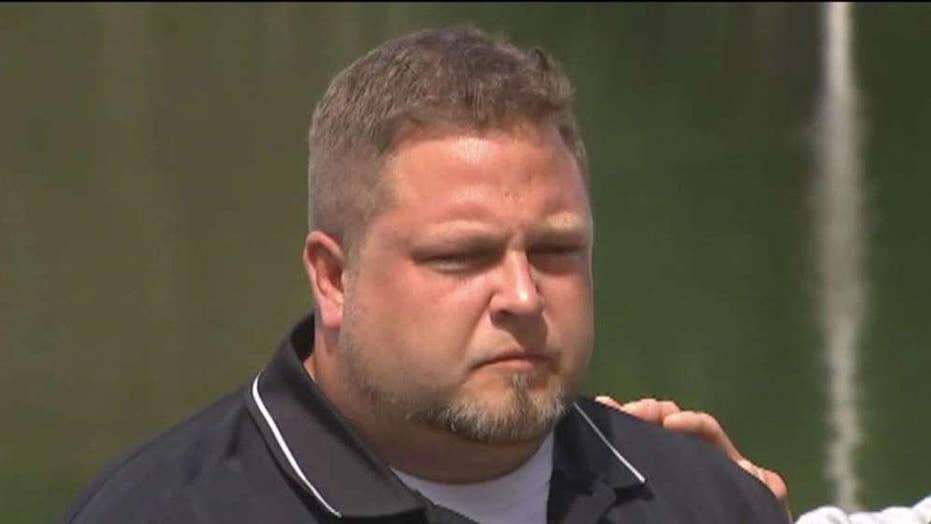 Laura Wallen's remains were found in a shallow grave in Damascus, Maryland

BALTIMORE – The boyfriend of a missing, pregnant Maryland teacher was engaged to another woman and sent text messages using the teacher's identity claiming he wasn't the father of her unborn baby, according to court documents that charge him with murdering her.

One of those texts to Laura Wallen's sister claimed the missing woman's previous boyfriend was the father of her child, an arrest warrant released Thursday alleged. The text misspelled the former boyfriend's first name, which police said added to doubts that the texts were really from Wallen.

Police found Wallen's remains in a shallow grave in Damascus, Maryland, about 38 miles (61 kilometers) west of Washington. Police say they are awaiting autopsy results to determine how she was killed.

Wallen's family reported her missing Sept. 5, when she didn't show up for the first day of school. Her car was found Sept. 7 at apartment complex in Howard County, not far from the high school where she taught.

Wallen's parents spoke at a news conference Monday and announced a $25,000 reward for information on her whereabouts. Tessier sat with the parents, holding their hands, and cried through a brief statement. Manger said Wednesday that Tessler's participation in the news conference had been part of a police plan.

"It was a calculated decision made by detectives to have Tessier attend the event and speak," Manger said. "It was done with the approval and knowledge of the victim's family."

Manger said detectives were curious what Tessier would say and how he would say it.

While Wallen was missing, Tessier was seen several times at the site where her body was found, police said. Detectives obtained a search warrant for the property, Manger said, and officers with cadaver dogs found the shallow grave.

Laura Wallen's father, Mark Wallen, said after a bail hearing Thursday for Tessier, that the suspect "is a monster. He's a liar."

Online court records don't list a lawyer for Tessier, who is being held without bail.