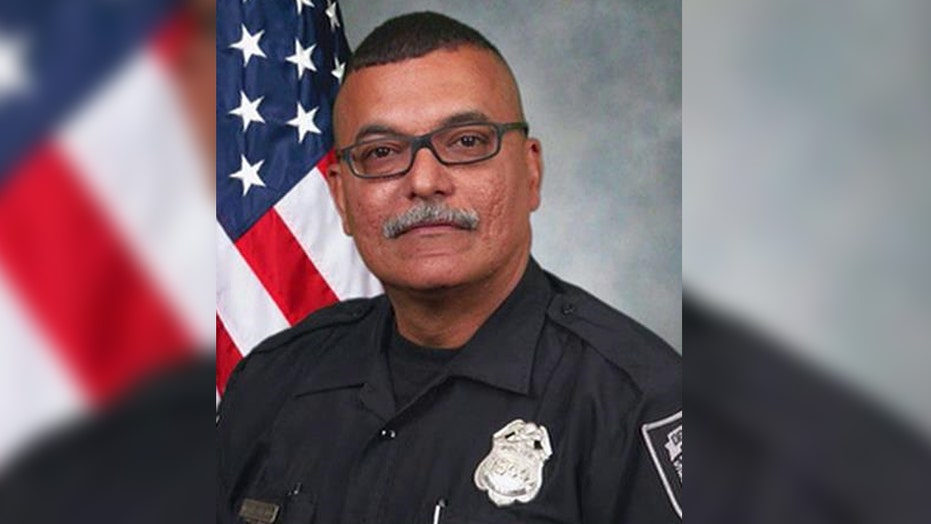 Officer Marco Vizcarrado was shot in the shoulder, is stable and currently resting at home

A Georgia police department Saturday released the name of an officer wounded a day earlier in a shootout with two suspects in a gun smuggling investigation.

The officer, a 19 year member of the force, was shot in the upper left shoulder in a shootout with two suspects.

He was treated and released from Grady Hospital late Friday.

MyFoxAtlanta reported that a police helicopter transported the officer to the hospital from the scene.

The incident began around 4 p.m. Friday when officers tried to stop a black Chevrolet SUV occupied by two men believed to be involved in a gun running operation, MyFoxAtlanta reported.

The vehicle drove into the gas station and crashed into a sign.

Vizcarrado and another officer gave chase when the occupants tried to flee. During the chase, gunshots were fired, the station reported.

“This was a running gun battle,” DeKalb County Public Safety Director Cedric Alexander said at a news conference at the scene, according to the station.

Police said the two suspects in the vehicle were Rome Crow, 21, and Isiah McCray, 24. Crow was arrested at the scene. McCray was nabbed by a K-9 unit in nearby woods. The two men were charged with aggravated assault on a police officer and felony obstruction.

According to MyFoxAtlanta, Alexander praised the officers for the way they handled the situation.

“They had to be able to make sure that when they took aim, they were just not firing deliberately,” he said.