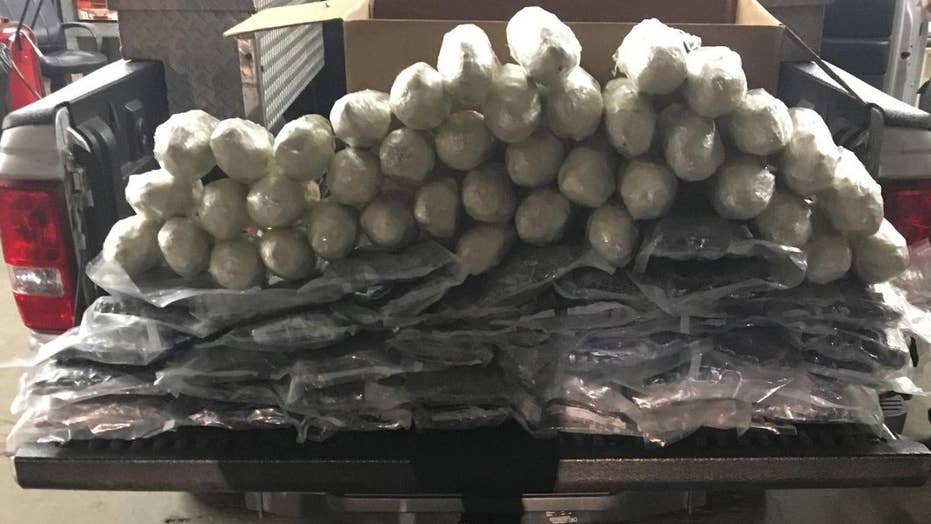 Police in Mississippi carry out largest meth bust in 2017

Law enforcement officials in Mississippi confiscated the largest amount of methamphetamine in the U.S. for 2017 during a routine traffic stop

Law enforcement officials in Mississippi on Friday uncovered nearly 95 pounds of methamphetamine -- which had a street value of approximately $1.5 million -- in what the Rankin County sheriff says is the largest crystal meth bust in the country in 2017.

Authorities found the drugs in a toolbox and inside fake compartments of a commercial pickup being transported on a truck, officials said.

Sheriff Bryan Bailey said drug dealers have started to turn to vehicles being transported as a way to smuggle drugs to the East Coast.

“What we try to do is keep up with the trends and intelligence of drug smugglers,” Bailey told Fox News. “They’re steadily changing what they do so we have to change with them. I guess this is one of the latest things that they’re trying.”

Bailey said his agency is working with the Department of Homeland Security to track down those responsible for the drugs. He said Interstate 20, which runs through Rankin County, is a major transport hub for drug smugglers.

The drugs and the vehicle they were being transported in were both confiscated by police. Bailey said the driver of the transport truck was not arrested since he did not have a connection to the vehicle in question. He said the driver was initially stopped for a traffic violation.

The Rankin County Sheriff’s Department has made several other drug seizures along the I-20 corridor this year. On Aug. 9, a man was caught with six pounds of marijuana and 17 pounds of methamphetamine, worth nearly $245,000. On May 7, two women were arrested for smuggling heroin with a street value of nearly $225,000.