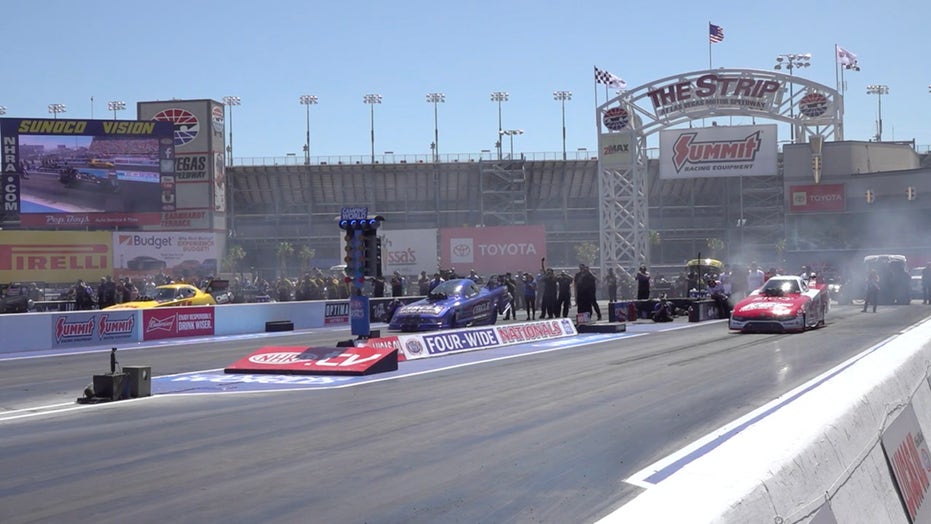 Illegal street racing is on the rise

Law enforcement and other organizations find ways to get dangerous drivers off public roads and onto legal speedways.

LAS VEGAS, NEVADA – The surge in illegal street racing during the pandemic hasn’t slowed down.

But neither has the response from law enforcement, while other groups are encouraging legal forms of racing.

"I drive literally from zero to 330 miles an hour in about 3.6 seconds," said Antron Brown, a professional drag racer for the National Hot Rod Association.

Brown knew he wanted to be a professional race car driver since he was a kid seeing his dad and uncle race and build cars.

He saw both the legal and illegal side of racing.

"I have some of my friends that got killed street racing street bikes," Brown said. "My dad and uncle came from the car world where they saw some of their buddies, you know, not make it out."

The NHRA offers a Street Legal Program for the public to participate in drag racing, which involves two cars in a controlled environment.

"These are cars that have license plates, registrations, DOT tires, they can come out to any one of our 115 NHRA member tracks," said Evan Jonat, NHRA VP of live events. "They can pursue speed. They can do it in a safe manner."

That’s different from illegal street racing, with some drivers rocketing down public streets or taking over intersections to do donuts.

"On the most extreme end, it's fatalities," said Lt. Daryl Rhodes with the Las Vegas Metropolitan Police Department Traffic Division.

"And on the other end, it's the inconvenience, it's the noise, it's the smoke, it's the regular citizens that are trying to get from point A to point B that gets held up at these intersections," Lt. Rhodes said.

Las Vegas is trying to fix the problem with its new RAID team -- Racing Apprehension and Intervention Detail.

It's a unit dedicated to stopping dangerous drivers.

Some officers will be assigned full time to investigate street racing.

"It's not just a Las Vegas thing. This is nationwide. We see this everywhere," Lt. Rhodes said. "Law enforcement across the nation is having to deal with this increase or this popularity of these takeovers."

Other police departments around the country partner with speedways to get racers off public roads and to introduce safe racing options to people who are not as familiar with the industry.

This includes the Beat the Heat program, which is in at least nine states including Florida, Louisiana and Texas, and Take It to the Track in Colorado.

Also in Colorado, Denver police are using helicopters to look out for illegal racing events.

And in New York City, lawmakers proposed authorizing the city to operate its own speed cameras overnight and on weekends in hot spots for illegal street racing.

This was after the police received 1,000 drag racing complaints over six months last year.

That's nearly a five-fold increase over the same period in 2019.

Illegal street racing encounters with police and arrests are hard to track nationwide, although police say the problem is getting worse.

Some officers may categorize it as reckless driving, excessive speeding or something else.