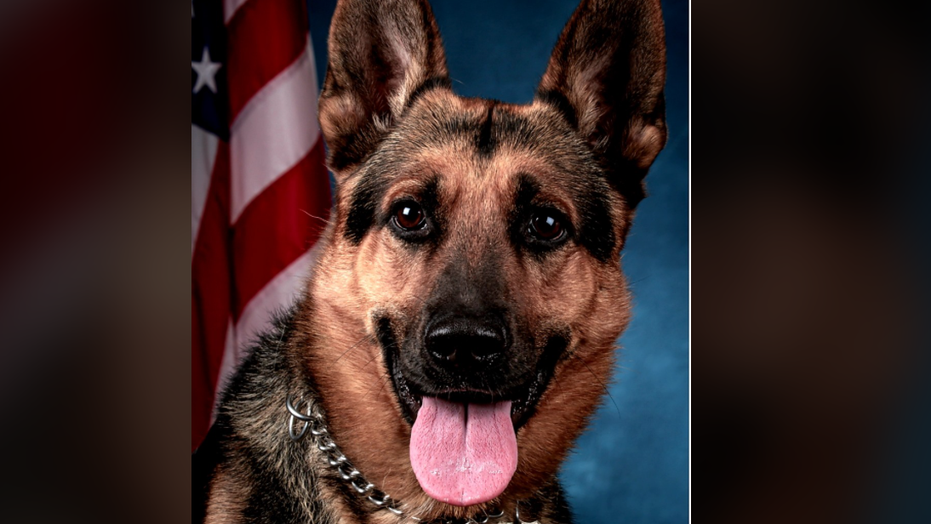 A sharp-nosed police pooch sniffed out more than 24 pounds of cocaine that was stashed behind bathroom vanity in the Bronx apartment of an alleged drug trafficker.

The Port Authority police K-9 Balu helped bust alleged trafficker, Cesar Chavez, 51, and two others in The Bronx who possessed $125,000 in cash and the large quantity of cocaine worth about $600,000, city, state and federal agencies, authorities announced Wednesday.

Cesar Chavez, of Manhattan, is the alleged mastermind trafficker who labored to secure hefty quantities of cocaine during a coronavirus pandemic-induced shortage, according to authorities.

His nephew Cristian Rodriguez Chavez, 32, and Roberto Javier-Batista, 38, both of the Bronx, were also busted in the sting — a coordinated effort among the NYPD, state police, Port Authority police and the Drug Enforcement Administration.

Police found the stacks of cash in a backpack and half-kilogram of cocaine under a chair in a 1500 Popham Ave. apartment believed to belong to Cesar Chavez. As Port Authority police helped search the home, Balu led the agents to the bathroom, where most of the cocaine was found in a secret compartment behind the vanity and medicine cabinet.

The search and arrests took place on Sept. 3, when state police and DEA agents noticed Cesar Chavez carry a brick-shaped package wrapped in plastic with Javier-Batista as they left Chavez’s suspected Morris Heights apartment, according to authorities.

The pair then hopped in a car, with Chavez behind the wheel. As state police attempted to stop the car, Javier-Batista allegedly fled the vehicle carrying the package.

Later that evening, state police again observed Chavez leave the apartment, this time entering a vehicle driven by Rodriguez Chavez. Soon after Javier-Batista was spotted entering the back seat carrying what appeared to be the same brick-shaped package as earlier in the day.

As police stopped the car, they allegedly noticed Javier-Batista trying to stash the package under the driver’s seat. Police seized the package, which was later determined to be 2.2 pounds of cocaine.

Authorities then used Chavez’ keys to search the apartment, where they discovered the stash as he sat in the back of a state police vehicle. Cops in the car noticed a security alert pinged his cell phone as the agents entered the apartment, prosecutors said.

The packages of cocaine in the bathroom were labeled with a “Chinese dragon stamp,” prosecutors said.

“The conduct charged in this case is brazen. The defendants’ alleged cocaine business flourished as the Bronx and the rest of New York City struggled with devastation caused by the COVID-19 pandemic,” New York City Special Narcotics Prosecutor Bridget G. Brennan said in a statement.

“After evading police, the defendants immediately returned to the scene of the crime, where agents and investigators were waiting,” she added. “The recovery of $125,000 in cash and cocaine worth more than a half-million dollars from an apartment in Morris Heights will put a dent in their high-level trafficking operation.”

Cesar Chavez was charged with operating as a major trafficker and criminal possession of a controlled substance in the first and third degrees.

Both Rodriguez Chaves and Javier-Batista were also charged with criminal possession of a controlled substance in the first and third degrees.

“As traffickers navigate COVID-impacted drug markets, their drug stashes are more valuable and their concealment methods more necessary, as evident in this investigation,” said DEA Special Agent in Charge Ray Donovan in a statement.

“I applaud our law enforcement partners on their diligent work and their efforts in safeguarding our nation from the perils of drug use and abuse.”