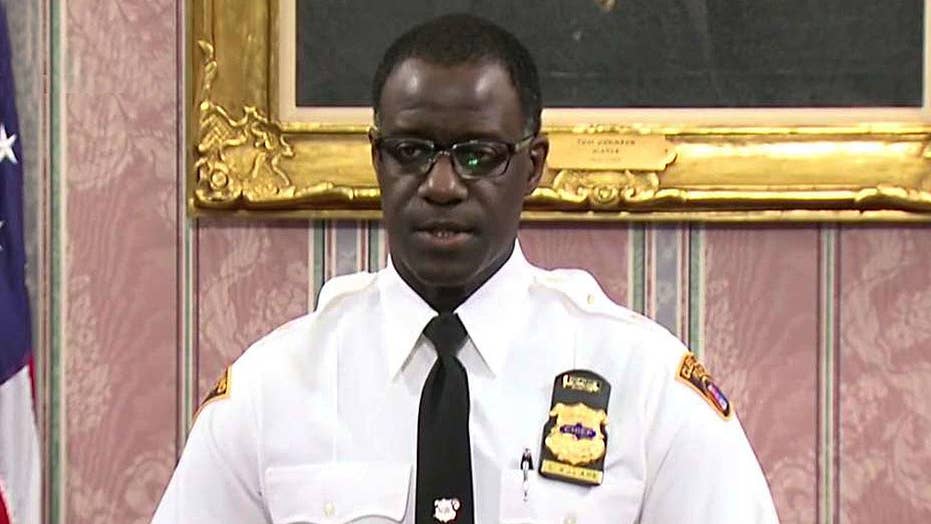 Police urge Facebook murder suspect to turn himself in

Cleveland police announced a $50,000 reward has been posted by Crimestoppers Monday for information leading to the capture of the man suspected of killing a random passerby and posting the gruesome footage on Facebook Sunday.

Police have issued a nationwide search for Steve Stephens, 37, and asked residents of Pennsylvania, New York, Indiana, and Michigan to be on alert.

Cleveland Police Chief Calvin Williams said officers searched dozens of locations for Stephens with no success. The department is working with federal, state and other local agencies to find him.

“As far as we know right now, we don’t know where he’s at," Williams said at a Monday morning news conference. "The last location we had him at was the homicide.”

Williams also urged Stephens to turn himself in or contact a friend, relative, or clergy.

“We definitely want to get it resolved as quickly as possible. The victim’s family deserves it,” said Williams.

“At this point he could be a lot of places," said Steve Anthony, the special agent in charge of the FBI's Cleveland division. "He could be nearby, he could be far away or anywhere in-between.”

Police in Philadelphia said they have "no indication" Stephens is in the city despite 911 calls reporting he could be in or near Fairmount Park.

Officers were sent to check the area, and police say eight elementary schools and a high school were locked down as a precaution.

Authorities issued an arrest warrant for Stephens early Monday. He is charged with aggravated murder in the death of Robert Godwin.

Williams said detectives had spoken with Stephens via cellphone at one point, but hadn't made any other contact with him.

"Early in this investigation we did have contact with him, direct contact with our detectives," Williams said. "They tried to convince him to turn himself in."

Stephens had no previous criminal record, only "a lot" of traffic violations, Williams said.

The video of Godwin's murder posted to Facebook purportedly shows Stephens getting out of his car and targeting Godwin, 74, who is holding a plastic shopping bag. Stephens shouted the name of a woman, whom Godwin did not recognize.

"She's the reason that this is about to happen to you," Stephens told Godwin before pointing a gun at him. Godwin can be seen shielding his face with the shopping bag. The video of the killing was on the social media site for three hours before it was removed. Stephens' account also was removed.

Facebook said the suspect did go live on the social media website at one point during the day, but not during the killing. Police earlier had said that Stephens had broadcast it on Facebook Live.

"This is a horrific crime and we do not allow this kind of content on Facebook," said a company spokesperson. "We work hard to keep a safe environment on Facebook, and are in touch with law enforcement in emergencies when there are direct threats to physical safety."

Police said they have been talking with family and friends of Stephens, who is a case manager at Beech Brook, a behavioral health agency headquartered in Pepper Pike, near Cleveland.

"We were shocked and horrified to learn of this news today," agency spokeswoman Nancy Kortemeyer said in a statement. "We are hoping that the Cleveland Police will be able to apprehend Mr. Stephens as soon as possible and before anyone else is injured."

In one of the videos he posted to Facebook, Stephens can be seen holding up his Beech Brook employee identification badge.

Stephens also mentioned his fraternity, Omega Psi Phi, in one of his Facebook posts. The fraternity issued a statement Sunday night.

"On behalf of the Supreme Council and the members of Omega Psi Phi Fraternity, Incorporated, we lift our sincere and heartfelt prayers and condolences of comfort to the families impacted by the recent shooting in Cleveland, Ohio," it said.

Police said Stephens should be considered armed and dangerous.