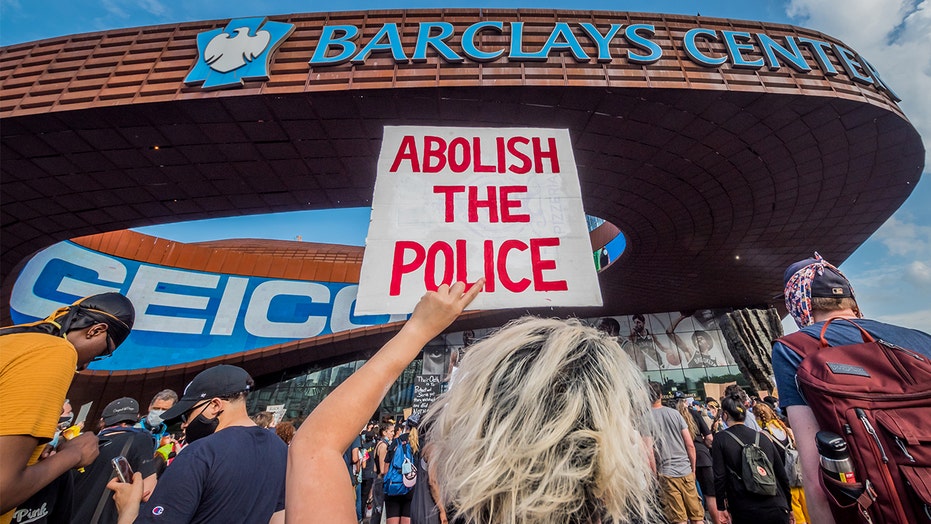 Amid ongoing protests and Black Lives Matter activists calling for abolishing the police, one filmmaker decided to ask residents in two of New York City's neighborhoods what they thought about the proposal from the left.

Ami Horowitz first went to the East Village in New York City, asking white liberals if they think it will help the black community. The responses showed apparent anger and hatred toward law enforcement.

"Absolutely," one man responded. "They're monsters."

"I think that they (police) are disgusting," another man added. "I just f--ing hate the police and everything they stand for."

BROOKLYN, NEW YORK, UNITED STATES - 2020/05/29: A participant holding a sign reading Abolish The Police at the protest outside the Barclays Center. Hundreds of protesters made their way toward Barclays Center in Brooklyn to demonstrate against police brutality in the wake of George Floyd's death while in police custody in Minneapolis. (Photo by Erik McGregor/LightRocket via Getty Images)

"Policing in this country is about keeping black people down," another white man said, calling law enforcement an "occupying army" that "arose out of slave catching patrols."

However, when Horowitz traveled to Malcolm X Boulevard in Harlem, he heard a different tune from black residents.

Another woman said, "I have family members that are police. I respect the police. I would not want to see a lawless society."

"It'd be worse than what it is ... robberies, looting, raping, murder," another resident added.

A man wearing a Black Lives Matter t-shirt said abolishing the police would be "suicide" and added, "There's too many criminals out here. I wouldn't feel safe."