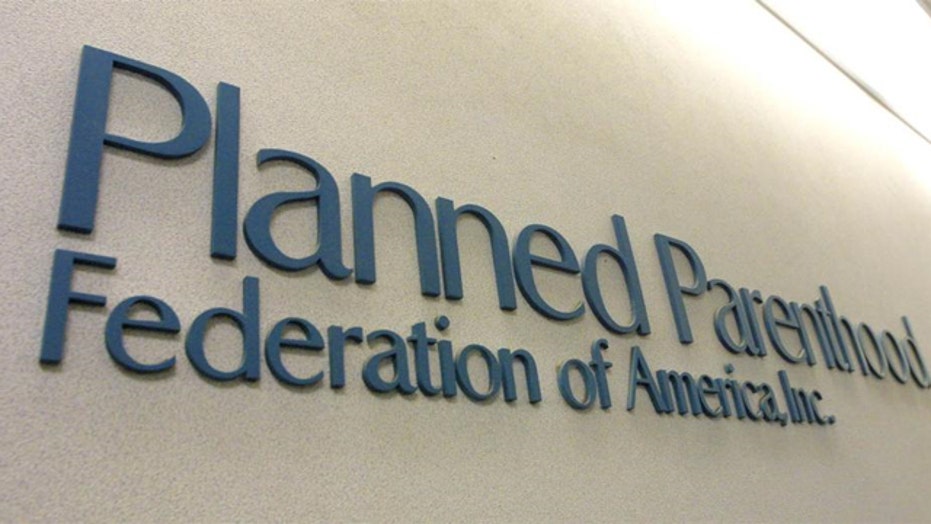 A Planned Parenthood executive admits in an undercover video that her doctors alter abortion procedures and she manipulates prices to accommodate specific fetal tissue harvesting requests -- including delivering fully intact fetuses -- though doing so may violate federal law.

In the nearly 16-minute, edited video, the fifth released by Center for Medical Progress, a woman identified as Melissa Farrell, director of research for Planned Parenthood Gulf Coast, discusses pricing for specimens -- ranging from intact fetuses to tissue and organs -- for outside tissue procurement companies.

“Yeah, and so if we alter our process, and we are able to obtain intact fetal cadavers, then we can make it part of the budget, that any dissections are this, and splitting the specimens into different shipments is this,” Farrell said. “I mean it’s all just a matter of line items.”

"If we alter our process, and we are able to obtain intact fetal cadavers, then we can make it part of the budget"

Planned Parenthood has denied breaking any laws and has said payments discussed in the videos relates to reimbursement costs for procuring the tissue -- which is legal.

However, Farrell tells undercover investigators from the center multiple times that abortion doctors can change a procedure in order to procure intact specimens.

“And you know, when it matters, you know in the cases of when it’s mattered, you know, physicians also need an intact specimen, they can make it happen,” said Farrell, noting that some of the clinic’s doctors have research projects of their own for which they’re collecting specimens.

“So they do it in a way that they get the best specimens,” Farrell said. “So I know it can happen.”

The video’s revelations stand in stark contrast to public statements made recently by top officials of the Planned Parenthood regional affiliate.

The head of Planned Parenthood Gulf Coast denied the organization sold or donated fetal tissue in a July 24 letter to Louisiana Dept. of Health and Hospitals Secretary Kathy Kliebert.

Louisiana Gov. Bobby Jindal, who is also running for the Republican presidential nomination, directed the DHH to investigate Planned Parenthood Gulf Coast, which was seeking to open a New Orleans facility.

In her letter to Kliebert, President and CEO of Planned Parenthood Gulf Coast, Melaney A. Linton, specifically addressed the fetal tissue issue.

“Do any Planned Parenthood Gulf Coast facilities, or any affiliates, subsidiaries or associates thereof, sell or donate any unborn baby organs or body parts? Answer: No.” Linton wrote.

Melissa Farrell, the Director of Research for Planned Parenthood Gulf Coast, is featured in the latest release by an anti-abortion group. (Center for Medical Progress)

Texas Gov. Greg Abbott called for an investigation into Planned Parenthood following the release of the first video on July 14, and the new video also drew immediate condemnation from the Republican.

“The latest video showing Planned Parenthood’s treatment of unborn children in a Houston clinic is repulsive and unconscionable," Abbott said in a statement. "Selling baby body parts is the furthest thing imaginable from providing women’s healthcare, and this organization’s repeated and systematic disrespect for human life is appalling. The State of Texas is aggressively investigating this matter and must use all available legal remedies to address this depraved conduct.”

CMP has been the target of two restraining orders by federal judges banning them from releasing some of their recordings. The orders, however, have so far been limited to videos made at meetings of the National Abortion Federation and those dealing with a tissue procurement company, StemExpress.

Tuesday’s release, purely reliant on video taken inside a Planned Parenthood clinic, would not seem to violate either order.

At the end of the video, CMP investigators film a segment in what they say is the abortion clinic’s pathological laboratory. Farrell and two unidentified Planned Parenthood workers demonstrate the “quality” of fetal body parts, including intact arms, legs, lungs, intestines and eyeballs.

The CMP investigators ask to see any intact specimens, but one of the unidentified female workers begins laughing.

“We had a really long day and they’re all mixed up together in a bag,” she says.

The “Just a Matter of Line Items” video is the fifth release from CMP. Like the first four, it contains undercover video of Planned Parenthood officials and associates.

CMP has yet to release the full footage of its latest video. But a preliminary link for "full footage" exists on its website, and the organization has in the past typically released unedited video several hours after the edited video has been released

The videos have brought investigations of Planned Parenthood's policies on aborted fetuses by three Republican-led congressional committees and three states.

The Senate failed Monday evening to advance a Republican-led measure to halt federal aid to Planned Parenthood. The vote to bring debate on the bill was 53-46, shy of the 60 votes needed to move on.