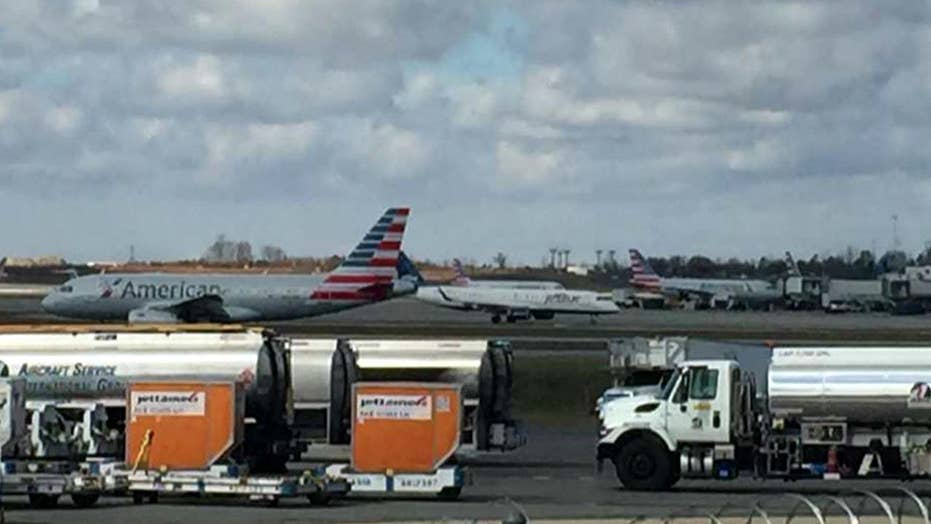 A plane has hit a deer departing Charlotte-Douglas International Airport Wednesday afternoon, according to FAA officials.

FAA officials said that PSA Airlines 5320, a CRJ 700 aircraft returned to the airport about 12:15 p.m. after declaring an emergency. The crew reported striking a deer on take off from Runway 36 Center shortly before noon.

Forty-four passengers were on board at the time, according to officials with American Airlines. All people on board were evacuated and taken to the airport terminal on airport buses.

The flight was headed to Gulf Port, MS, according to the flight schedule. Airport officials said Runway 18L-36R was closed.The rest of the airport remained open. Runway 18L/36R reopened shortly after 2 p.m.

Fire crews were on scene after fuel from the plane began to leak onto the runway. Fire Chief Justin Field Justin Field said the deer damaged a fuel cell on the right wing of the plane, causing the leak. Crews could be seen spraying down the runway with foam to prevent the fuel from igniting. It took firefighters about 20 minutes to clean up the runway.