Eleven people gathered for a baby naming service were shot to death and four police officers wounded after a gunman opened fire inside the Tree of Life synagogue; Garrett Tenney reports from Pittsburgh.

Alleged Pittsburgh synagogue shooter Robert Bowers was transferred Tuesday to a prison in Butler County, Pa., prompting anger from officials there who say they were not consulted about the move.

Butler County District Attorney Richard Goldinger, who’s also a member of the county prison board, didn’t hide his disappointment with how the situation was handled.

“I’m not happy about it. I don’t think that it’s our responsibility to be housing him. He’s allegedly committed a heinous act, and I don’t think we should be responsible for him while he’s awaiting his trial,” he told the Pittsburgh Post-Gazette.

"I don’t think that it’s our responsibility to be housing him. He’s allegedly committed a heinous act, and I don’t think we should be responsible for him while he’s awaiting his trial." 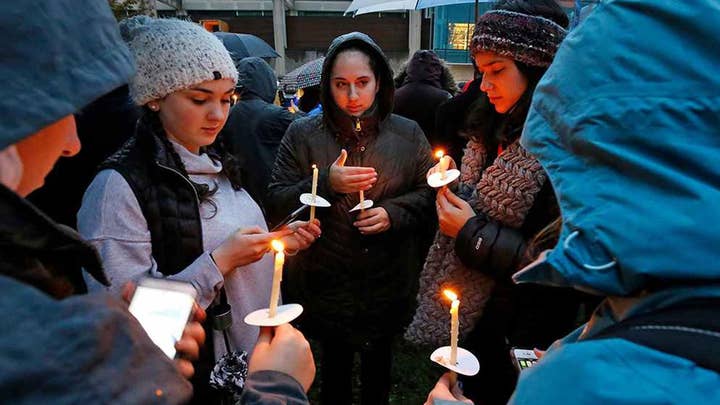 But the prison staff said the facility is capable of housing inmates such as Bowers, whose alleged deadly rampage on Saturday left 11 people dead and six others injured.

Warden Joe DeMore said his prison housed high-profile inmates in the past and has a contract with the U.S. Marshals Service.

He said the authorities didn’t say why they moved Bowers from an Allegheny County lockup to his prison, or for how long, according to the Post-Gazette.

“We didn’t get into details,” he said, adding that he notified Butler County Sheriff Michael Slupe, the prison board’s chairman, about the transfer. “They wanted it to happen as soon as possible, and [I’m] not sure why.”

“The warden made the decision. He notified me. He said he was going to contact the prison board members,” Sheriff Slupe told the newspaper. “We don’t have a policy on who we take, who we don’t take. That’s up to the warden.” 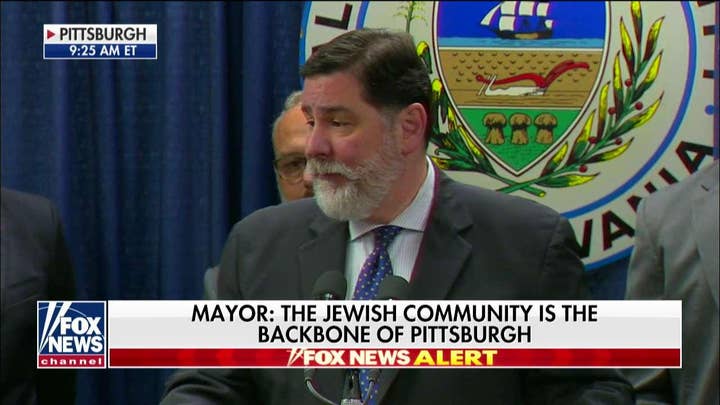 Still, local officials were irked that they found out about the transfer after it happened.

“I'm angry that I found out about this after it occurred,” Commissioner Leslie Osche told the Butler Eagle. “[Bowers] was here before the warden or sheriff ever notified us.”

The county district attorney reportedly said that Bowers was in the jail’s infirmary. The suspected shooter used a wheelchair during his federal court appearance earlier this week after he was shot by police.

Bowers has been charged with 29 federal counts and federal prosecutors said they will seek for the death penalty. Bowers also faces local charges in connection with the massacre.