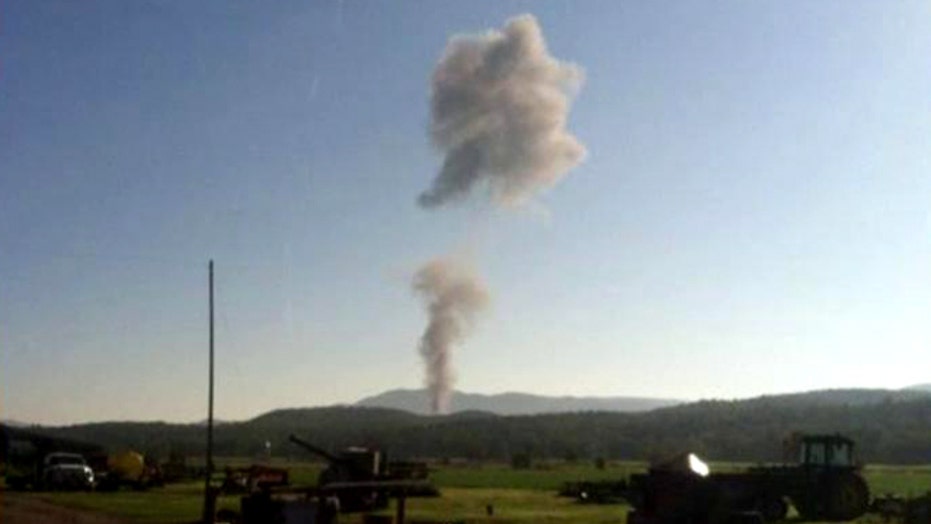 The pilot of an F-15 jet that crashed earlier this week in remote Virginia mountains was killed, military officials now say, bringing a sad end to an exhaustive two-day search involving more than 100 local, state and federal officials as well as volunteers.

Col. James Keefe announced the news Thursday at the Massachusetts Air National Guard in Westfield, Massachusetts, home of the 104th Fighter Wing, where the pilot and jet were based.

Keefe said his "thoughts and prayers are with the family" of the pilot, whose identity wasn't disclosed.

Brooks said rescuers found evidence at the crash site Thursday that the pilot did not eject. When asked for specifics, he said, "We just found evidence that the ejection seat was with the aircraft."

Brooks would not comment on whether the pilot's remains had been found, but only said, "We bring every airman home."

The investigation into what caused the crash of the single-seat jet is ongoing and will take several weeks, Brooks said. He said the pilot's family had been informed and his identity would be made public Friday.

The jet crashed in the mountains of western Virginia on Wednesday morning, shaking residents but causing no injuries on the ground. Investigators said the jet hit the ground at a high rate of speed, leaving a deep crater and a large debris field in a heavily wooded area next to a mountain in the George Washington National Forest.

Authorities said the pilot was headed to New Orleans for radar installation as part of routine maintenance and reported an inflight emergency before losing radio contact.

Keefe said there were no munitions aboard the jet at the time of the crash. He said the plane was flying at about 30,000 to 40,000 feet when the pilot reported the emergency.

F-15s are maneuverable tactical fighters that can reach speeds up to 1,875 mph, according to the Air Force website. The F-15C Eagle entered the Air Force inventory in 1979 and costs nearly $30 million, the website says. The Air Force has nearly 250 F-15s.

Several F-15s have crashed over the past few years in various states. In at least one, the pilot ejected safely. Causes included failure of a support structure for the jet and pilot error.