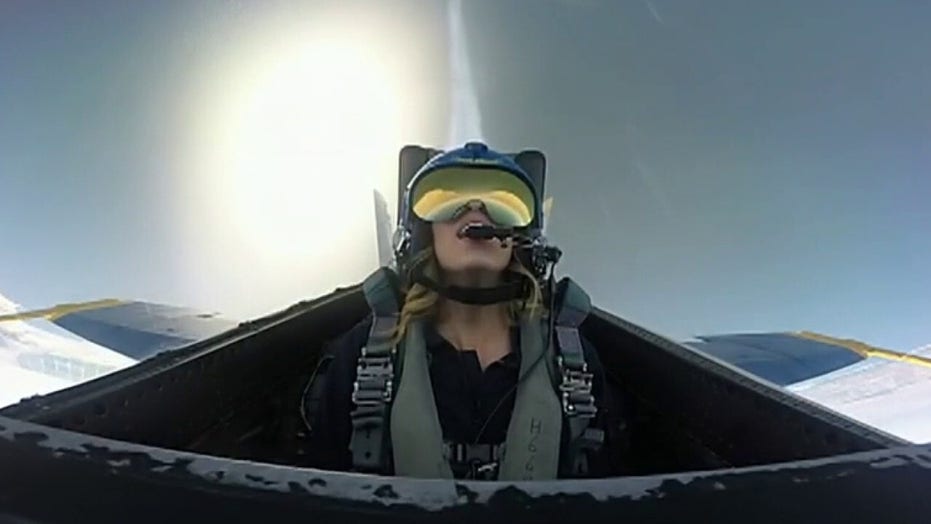 Ever wonder what it's like to be a 'Top Gun' pilot?

Capt. Emily Thompson, call sign “Banzai,” made headlines after she became the first female to fly the F-35A Lightning II into combat. On June 9, the Air Force released a statement announcing that Thompson had deployed but did not specify when or where.

The statement also noted that Thompson had an all-female maintenance crew to launch her historic flight.

“This is my first deployment … so for me it was a pretty big deal, the first combat sortie for me. … Of course being the first female, it’s a pretty big honor," Thompson said. "There’s a lot of females who have come before me and there’s a lot of females already flying combat sorties in other platforms. So just to be the person who gets that honor, that first, it just meant a lot.”

Although she initially wanted to be an engineer, once she got the chance to fly a plane instead of just repair it, she changed course. She trained on F-16 Fighting Falcons during her college training, then flew F-16s for a year and a half before transferring to the F-35A model.

Thompson acknowledged that other women had preceded her in other sorties and planes, but she was honored to be the first in the stealth fighter.

“So just to be the person who gets that honor, that first, it just meant a lot,” she said.

“I think it’s a bright future," she said. "There is a number of us already in the F-35 and I think the number is just going to continue to grow. It’s a very supportive community, it’s very open, I think the opportunity for women to really excel in the F-35 is definitely there.”