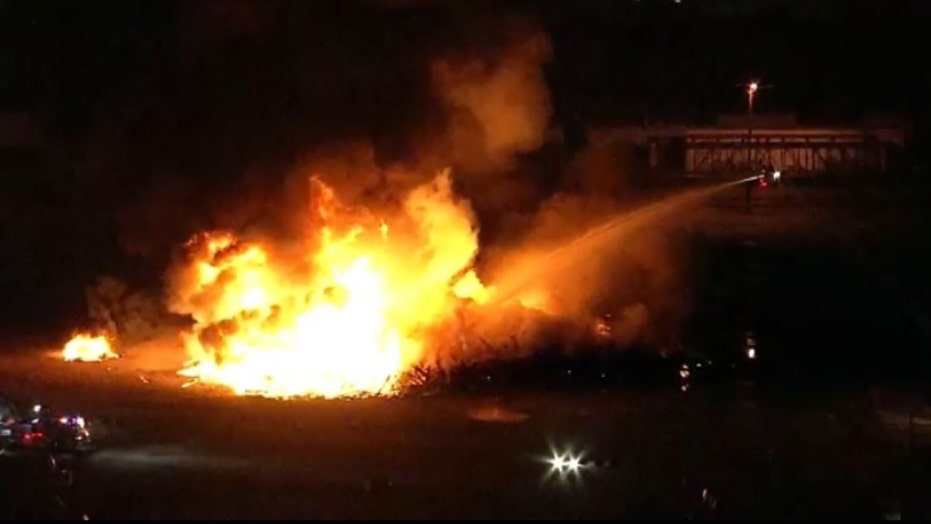 A massive debris fire that broke out Wednesday night in Phoenix temporarily forced highway closures as firefighters battled the blaze.

Firefighters responded to the 2-alarm fire near I-10 and 19th Avenue west of downtown Phoenix and found a pile of railroad ties fully engulfed, the Phoenix Fire Department said.

The blaze forced the closure of both directions of I-10 late Wednesday, the Arizona Department of Transportation said.

The agency announced that both directions were reopened just before 2:30 a.m. Thursday.

Images of firefighters working to extinguish the fiery mound were taken by the fire department and FOX10 Phoenix.

It was unclear what started the blaze. (FOX10 Phoenix)

Fire officials said the cause of the fire was under investigation.