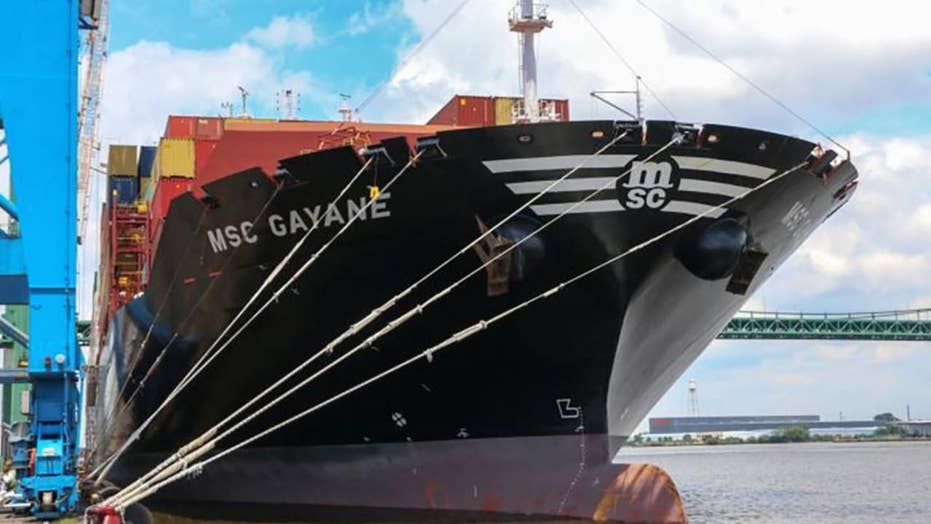 Seized ship with $1.3B in cocaine aboard reportedly owned by JPMorgan Chase

A Seized JPMorgan Chase ship was found with $1.3B in cocaine aboard.

A ship with more than $1 billion in cocaine aboard -- that was seized in Philadelphia on the Fourth of July -- is owned by financial giant JPMorgan Chase, according to a report.

U.S. Customs and Border Protection announced Monday that its agents discovered nearly 20 tons of cocaine -- or nearly 40,000 pounds -- inside several shipping containers aboard the MSC Gayane while it was docked in Philadelphia’s seaport on June 17.

An estimated $1.3 billion worth of cocaine was taken from the ship — making it the largest cocaine seizure ever carried out by the CBP, the agency said.

“A seizure of a vessel this massive is complicated and unprecedented – but it is appropriate because the circumstances here are also unprecedented,” said William McSwain, U.S. attorney for the Eastern District of Pennsylvania. “When a vessel brings such an outrageous amount of deadly drugs into Philadelphia waters, my office and our agency partners will pursue the most severe consequences possible against all involved parties in order to protect our district – and our country.”

On July 4, the CBP executed a warrant and seized the ship, finding the drugs. The MSC Gayane is the largest vessel ever to be seized in the agency’s 230-year history, Casey Durst, CBP’s director of field operations in Baltimore, said in a news release. The MSC Gayane is owned by JPMorgan Chase but operated by Swiss-based Mediterranean Shipping Co., Markets Insider reported.

The financial firm has not commented on the case, according to reports.

Federal prosecutors are working with the CBP, Homeland Security Investigations, the U.S. Coast Guard and state and local law enforcement to investigate who played a role in an alleged conspiracy by crewmembers and others to smuggle the record load of drugs through the U.S.