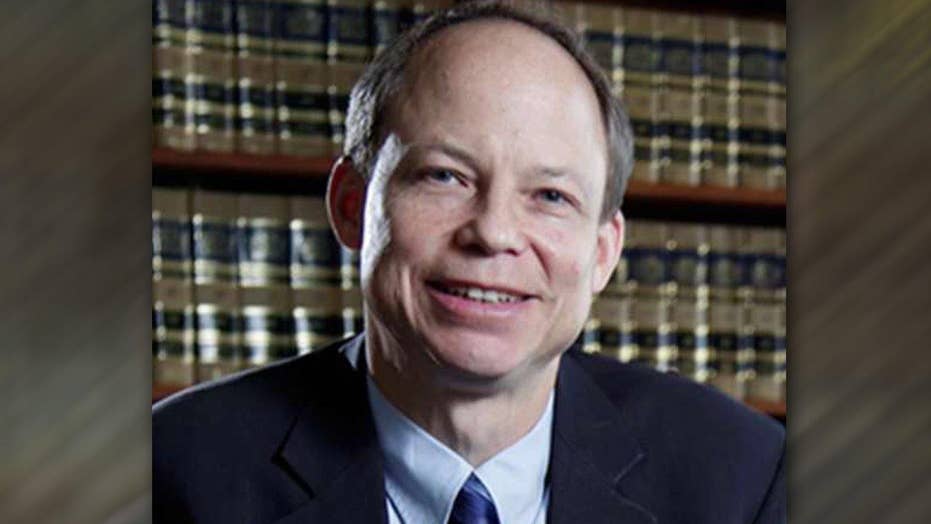 California judge drew no challengers amid national backlash over sentence

More than 600,000 people had signed an online petition Wednesday calling for the removal of the California judge who gave a former Stanford University student athlete six months in jail for raping an unconscious woman -- even as the jurist began a fresh term on the bench Tuesday after running unopposed.

The petition was started in response to Santa Clara County Superior Court Judge Aaron Persky's sentencing of Brock Turner -- a former star swimmer and Olympic hopeful -- to six months in jail and ordering him to register as a sex offender following his conviction in March on three counts of sexual assault. Prosecutors were pushing for the judge to sentence Turner to six years in prison -- though the maximum sentence could have been up to 14 years.

Two graduate students riding bicycles told police they saw Turner raping an unconscious, 23-year-old woman on campus behind a Dumpster in January 2015. The two young men chased down Turner, who then was a Stanford freshman, and held him until campus police arrived.

In his ruling, Persky, who also attended Stanford, cited Turner's age, no "significant" prior legal problems and said he carried "less moral culpability" because he was drunk the night of the attack.

Persky also said that state prison could have a "severe" impact on Turner's life -- a statement that has ignited national outrage.

The Change.org petition, which as of Wednesday morning had 608,240 signatures, calls for Persky's removal from the bench. Ironically, Persky began a new judicial term on Tuesday after running unopposed for his seat.

"Judge Persky failed to see that the fact that Brock Turner is a white male star athlete at a prestigious university does not entitle him to leniency," the Change.org petition reads.

"He also failed to send the message that sexual assault is against the law regardless of social class, race, gender or other factors," it says.

There also is a separate White House petition calling for Persky's impeachment. Although both petitions were likely to clear the threshhold for requiring a response from the White House, it is unclear what, if anything, the Obama administration can do about the case or the judge's term on the bench.

Turner's father, Dan Turner, added to the controversy, writing that his son's life "will never be the one that he dreamed about and worked so hard to achieve. That is a steep price to pay for 20 minutes of action out of his 20-plus years of life."

At Turner's sentencing, meanwhile, the victim read a 12-page statement in court, addressed primarily to Turner and taking him to task for not taking responsibility for his actions.

She did not criticize the university and thanked the graduate students who tackled Turner and summoned police.

"I stood there examining my body beneath the stream of water and decided, I don't want my body anymore. I was terrified of it, I didn't know what had been in it, if it had been contaminated, who had touched it," she said. "I wanted to take off my body like a jacket and leave it at the hospital with everything else."

"I don't sleep when I think about the way it could have gone if the two guys had never come. What would have happened to me?," she added. "That's what you'll never have a good answer for, that's what you can't explain even after a year."