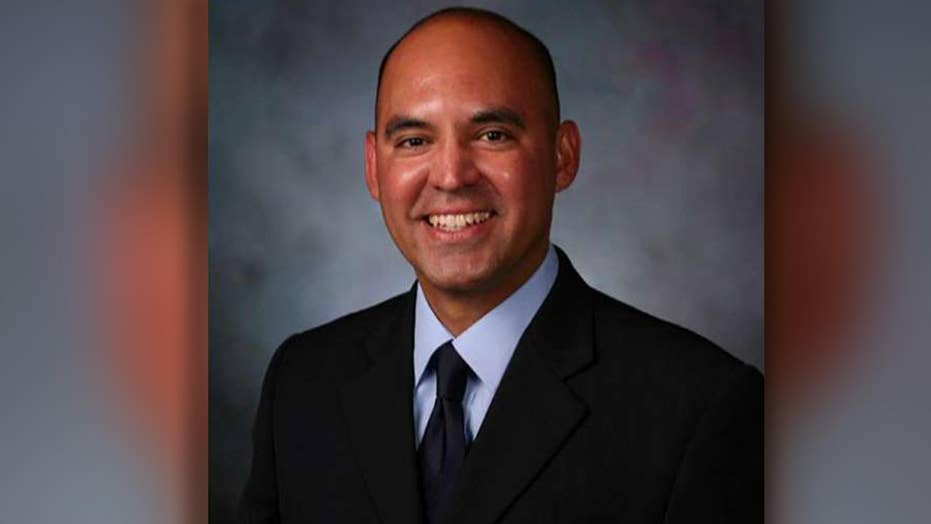 The Pentagon fired back Monday at a Southern California high school teacher who was recorded apparently ranting to students that members of the military were "dumb s---s" and "not intellectual people."

According to the recording from a student at the Pico Rivera school earlier this month, Salcido referred to service members as failed students who had no other option but to join up.

"Think about the people you know who are over there,” Salcido said. "Your freakin' stupid Uncle Louie or whatever ... They're not high-level bankers. They're not academic people ... They’re the freakin’ lowest of our low."

Salcido also questioned why military recruiters were permitted to visit the school, comparing them to pimps.

The unidentified student who recorded Salcido's comments told the Orange County Register that his father and two of his uncles were Marines who fought in Vietnam, the Gulf War and Afghanistan.

"I think that [Salcido] should apologize not only to me, but to all the veterans who fought for our freedom [and] the veterans who sacrificed their lives," he said in a voice message to Fox News.