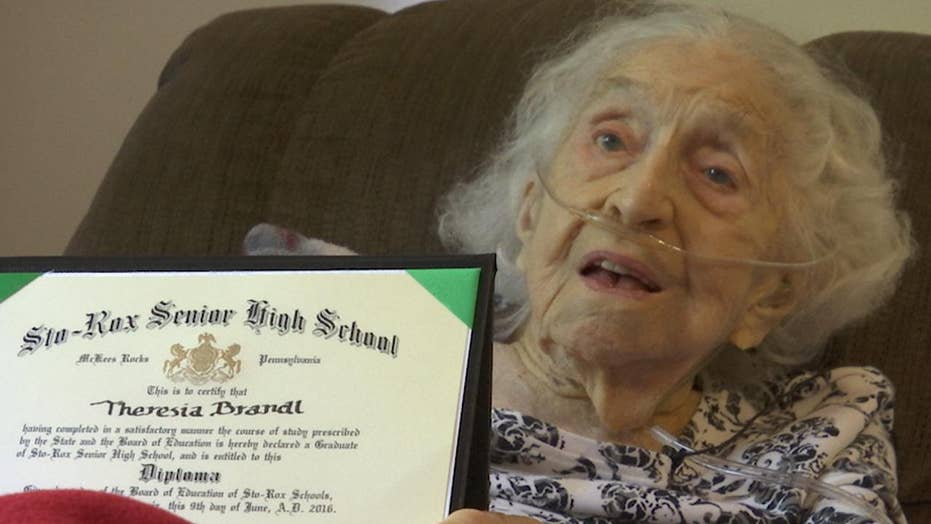 Theresia Brandl says it's never too late to pursue a dream

A 105-year-old is breaking barriers in Pennsylvania and showing it's never too late to achieve your goals.

Brandl said there was no choice but to drop out of school as a child when her mother got sick.

Stowe High School tried to make her go back to attend classes, but “I played hooky and I came back home instead of going to school,” Brandl said with a smile.

The decision made as a teenager stuck in her mind as she got older. "All of my friend’s had one and I decided I needed one.”

The Twilight Wish Foundation, an organization which helps fulfill wishes for people over 65, along with family and friends helped put together the graduation celebration at her nursing home.

Her favorite activity these days?