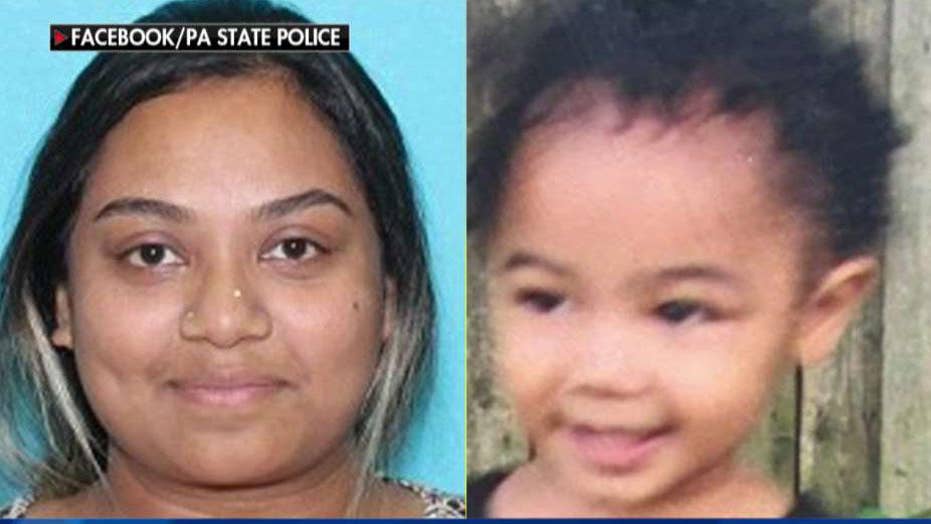 Police are searching for 2-year-old Nalani Johnson who has believed to have been abducted by Sharena Nancy.

Pennsylvania cops have filed kidnapping charges against a woman they say drove off with a toddler over the weekend, triggering an Amber Alert.

Nalani Johnson, who turns 2 this month, was reported kidnapped in Penn Hills on Saturday, police said.

The child's father, Paul Johnson, told cops Nancy, described as a jitney driver, took his daughter after she gave them a ride, according to reports. He said Nancy sped away with Nalani and Nalani’s car seat, leaving him and a friend behind.

“When Ms. Nancy was stopped by the Penn Hills Police on Saturday evening following the abduction of Nalani, the car seat was not located within the vehicle,” Allegheny County police said Monday.

Nalani remains missing and the FBI is assisting in the search.

The Pocono Record quoted a criminal complaint as saying that Nancy alleged during an interview with cops that Johnson sold his daughter for $10,000.

The complaint said Nancy told her interviewers that Johnson instructed her to drive Nalani to a woman who would take her.

Johnson on Monday denied the allegations and declined to comment further, the paper reported.

Nancy is being held on charges of kidnapping of a minor, custodial interference and concealment of the whereabouts of a child.

No attorney was listed in court documents for Nancy, and a listed number for her could not be found, the Associated Press reported.