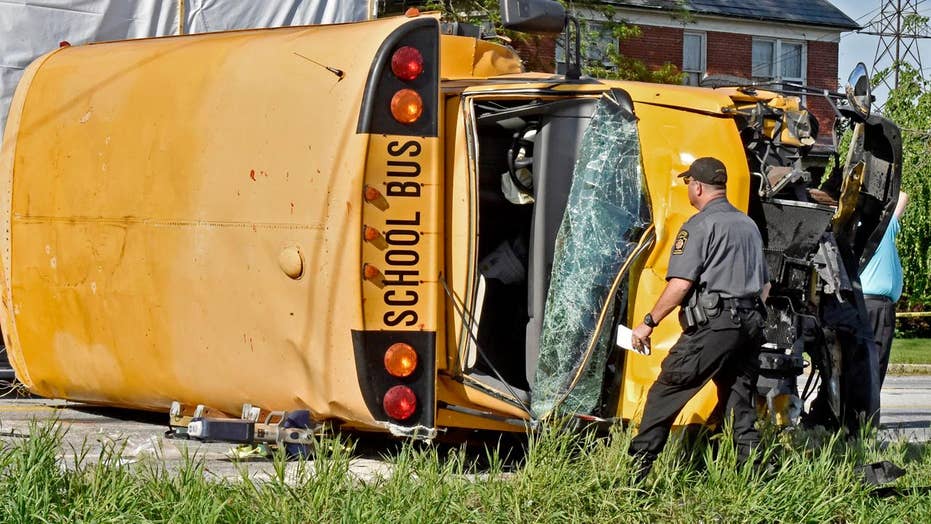 Authorities searching for cause of crash in Pennsylvania

A school bus flipped on its side in Lancaster County, Pa., injuring more than a dozen students on their way to school Wednesday morning.

Officials are saying what appears to be a hit-and-run injured 14 students, two of them with trauma injuries. Lancaster General Hospital spokesman John Lines said the two students were transported to children's hospitals for additional treatment. The other students have been released.

Lancaster Online reported the students were between 13 and 16 years old, according to Lancaster General Health spokesperson Mary Ann Eckard. The bus driver and another bus driver also were hospitalized.

A car was trying to pass a tractor-trailer and its escort car, and ended up hitting the escort car, triggering a series of crashes that included the school bus, East Lampeter Township Police Chief John Bowman told Lancaster Online.

Police said they were looking for a light colored sedan that apparently sped away from the scene.

Fox News reached out to Lancaster Mennonite School where the students were headed, but school officials were not immediately available for comment.