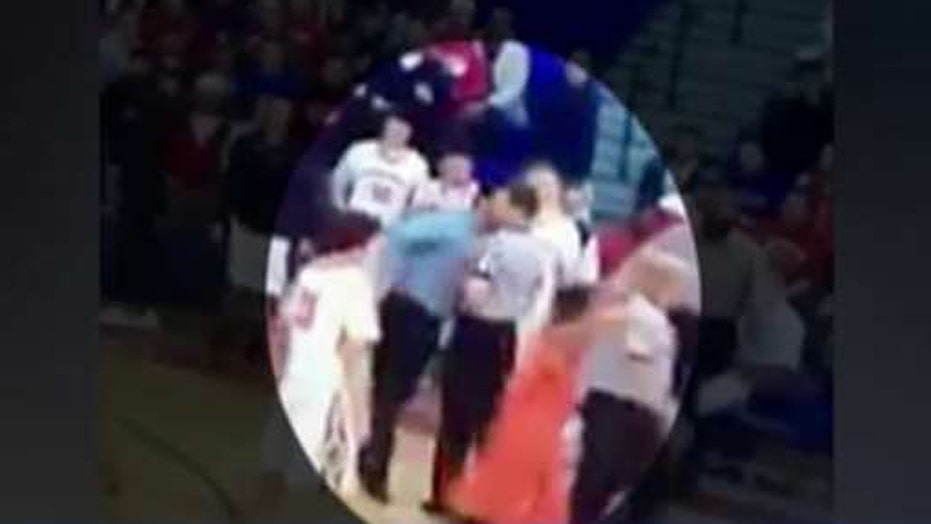 A Pennsylvania boys high school basketball coach reportedly was placed on administrative leave Wednesday after allegedly head-butting an official during a game while protesting a call.

The Philadelphia Inquirer reported that the Neshaminy School District will be reviewing the incident between Neshaminy coach Jerry Devine and a referee on Tuesday night.

A video caught Devine striking the referee. One video angle appears to show Devine head-butting the official, while another angle shows him possibly chest-bumping the referee during the 49-42 loss to Pennsbury High School.

“I have viewed the video a few times, and I believe there will be a prosecution,” David Heckler, the Bucks County district attorney said Wednesday. “I think a coach has a very high level of responsibility to teach and lead kids. This teaches every wrong lesson you can think about.”

Police were called to the high school after the incident, but are still investigating whether a crime occurred, Middletown Township Police Chief Joe Bartorilla told the Inquirer. He said the police were alerted about the video thanks to the media and they were getting in contact with the unidentified referee.

The school district said it will not comment on the matter until the review is over because the case is deemed as a “personal matter.”

Devine is a father of four and teaches history and algebra at Neshaminy. According to the school’s website, he has taught there for 15 years.