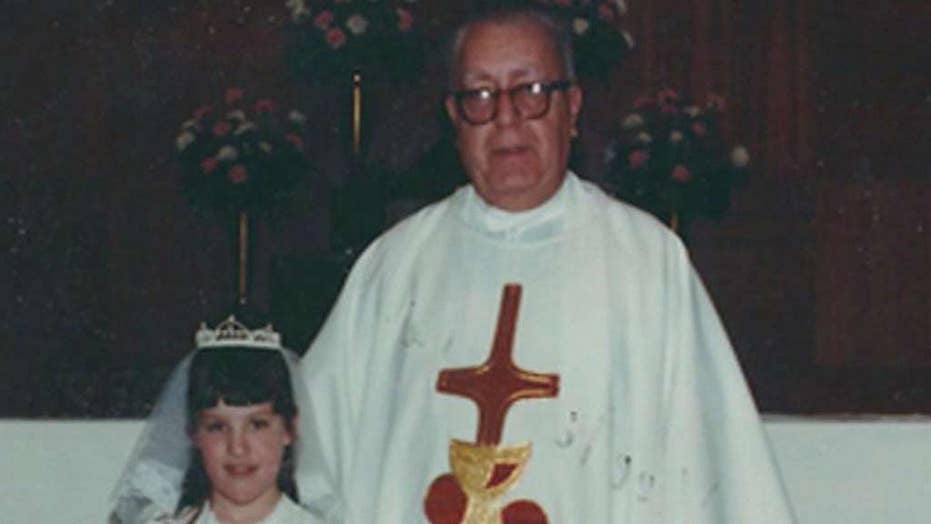 Sisters say they were abused by the same priest. Fortney family opens up on 'The Story.'

A family of sisters who said they were sexually abused by the same priest in Pennsylvania spoke to Fox News about the damage done to their household after they let the priest become a trusted friend of the family, who even would say grace to them at dinner.

Accusations that five of the eight sisters in the family were sexually abused by the Rev. Augustine Michael Giella in the 1980s were revealed in the Pennsylvania grand jury report on sex abuse in the Catholic Church, as Penn Live reported. Hundreds of priests were said to have molested more than 1,000 children since the 1940s and senior church officials, including the current archbishop of Washington, D.C., allegedly covered up the abuse.

Giella was charged in August 1992 in New Jersey, where he had retired — he moved to his retirement home with the help of the girls’ family. The family was barred from speaking by a confidentiality agreement until the report was released, as Fox 43 reported.

WARNING: ACCUSATIONS MAY BE DISTURBING

“I feel like I am living in the Twilight Zone. How do people think this is okay?” Carolyn Fortney said on “The Story” with Martha MacCallum, when asked if the cover-up was just as bad as the abuse.

Giella died in 1993 while awaiting trial. The Roman Catholic Diocese of Harrisburg did not return Fox News’ request for comment immediately.

Court records indicated Giella started molesting Carolyn when she was about 2 years old, abuse that included fondling, having her pose naked for photos in sexual stances, and — with Giella dressed in clerical garb — oral sex. Investigators, as the grand jury report revealed, recovered bound volumes of photos he had taken of naked children, and a collection of girls’ underwear that he preserved and labeled with the victims’ names.

Her father said he always had her side. “I believed what happened to my Carolyn right away when I was told about it. Because the way she was crying and acting and everything, it just had to be true. No one would act like that or lie to their father in that manner. I knew it had to be true,” Ed Fortney said. “I could not work for two years after that happened. That really put us in a hole.”

The sisters spoke of trust issues with leaders of society after Giella’s vicious exploitation.

Lara Fortney McKeever, whose abuse began at 10, said she’s forgiven the priest, but added: “I feel like the Catholic Church was the one responsible for having such leniency to all of this. It pretty much attracts pedophiles because of how the laws are. It's a place to hide.”

In a police report filed when authorities searched his home and arrested Giella, an investigator wrote there had been “numerous calls” from women who read about Giella’s arrest to say “they were fondled and sexually abused by him during the 1960s and 1970s when he was the parish priest in Hackensack, New Jersey.”

Giella was facing sexual assault, child endangerment and child pornography charges in Ocean County, New Jersey, when he died in 1993 at about age 72.

The sisters previously told CBS News they chose to step forward to help other possible victims. “We knew that we needed to do more to help prevent this from happening to other people,” Carolyn said.