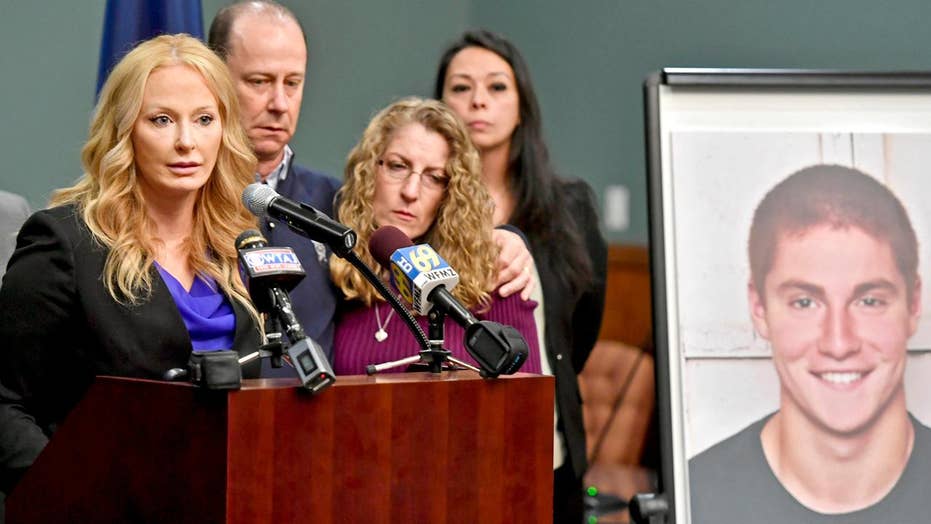 One by one, Penn State University fraternity members shuffled into a Pennsylvania courtroom on Monday to learn their fate.

Prosecutors played three hours of edited video from the night of February 2 showing Piazza and 13 other fraternity pledges running through a speed-drinking game called "the gauntlet."

Eight fraternity members could face involuntary manslaughter and the most serious charge of aggravated assault, punishable by up to 20 years in prison. Ten members face lesser charges, including alcohol violations.

Piazza is then seen visibly stumbling throughout the house and then falls down a flight of basement stairs, head first -- one of the multiple times he fell that night. After he falls unconscious, they place him on a couch.

Over the next 12 hours, the video shows fraternity brothers slapping Piazza, pouring beer on him, sitting on his legs and hitting him in the abdomen.

"He looked dead," the detective testified. "He looked like a corpse."

Police were finally called the next day. Piazza died a few days later from a traumatic brain injury and shattered spleen. Prosecutors believe he could have survived had authorities been called sooner.

The parents sat in the front row of the courtroom during testimony but walked out while the video was being played.

"No, I really don't want to see the video," said his father, Jim Piazza. "I'm very concerned about what we'll see and that being the last visual of my son being alive."