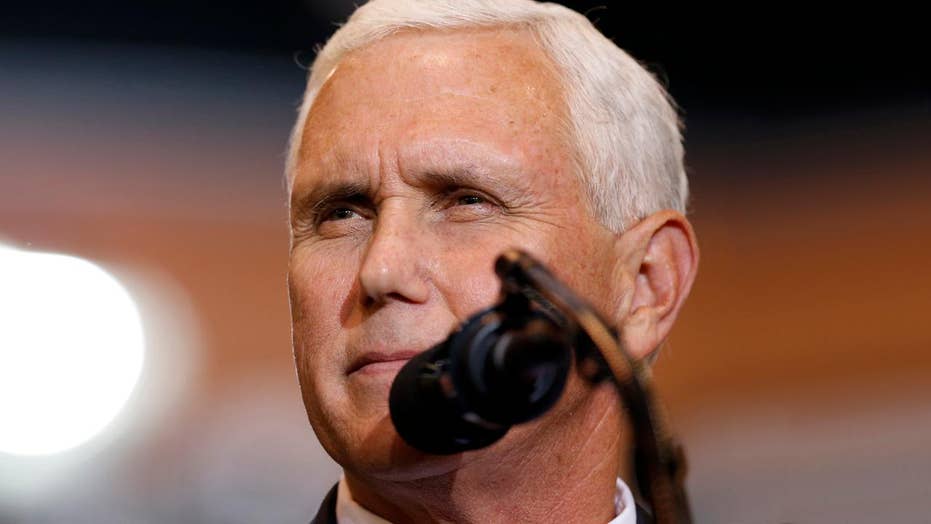 Pence travels to Florida to discuss crisis in Venezuela

Venezuela’s political and economic crisis is expected to be the key topic of discussion Wednesday when Vice President Mike Pence delivers a speech in Doral, the Venezuelan enclave of Miami.

Pence may also visit the headquarters of the U.S. Southern Command, though neither Southcom nor the White House would confirm the vice president’s itinerary, the Miami Herald reported.

The Doral visit, in effect, is to cap the vice president’s recent tour of Latin America. Last week, Pence traveled to Colombia, Argentina, Chile and Panama, trying to galvanize support for possible Trump administration sanctions against the government of Venezuelan President Nicolas Maduro, for dismantling the country’s democracy.

But Pence’s job became more difficult Aug. 11, when Trump said he was considering a “military option” in Venezuela – a remark that inflamed the region.

Without directly contradicting the president, Pence tried to convince Latin American leaders that U.S. military action was not imminent, the Herald reported.

Maduro, meanwhile, has tried to use Trump’s remark to his advantage in a region that historically has feared the prospect of U.S. meddling in its affairs.

In Doral, home to the largest Venezuelan immigrant community in the U.S., Pence will likely try to convince immigrant Venezuelans that the Trump administration intends to pursue a carefully planned agenda against Maduro – rather than abrupt military intervention.