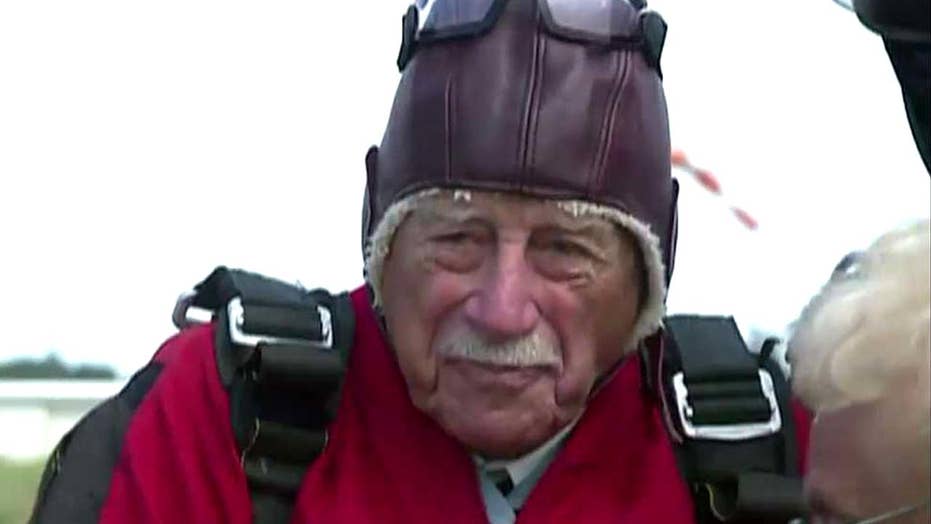 A survivor of the Pearl Harbor attack celebrated his 96th birthday in a special way over the weekend -- by jumping out of an airplane.

Delton Walling has gone on skydives before -- but this one over Lodi, Calif., is likely to be his last, KYW-TV reported.

"Every time you do something like this it makes you feel pretty good," he said.

He's returned to the site of the attack dozens of times over the years, Reuters reported. "It was a terrible scene. We were devastated and mad and afraid because we didn't know what was coming next."

The surprise attack killed 2,390 Americans and drove the U.S. into the war. But for many survivors like Walling, it did not diminish their spirits. He said he stayed on post for as many as 15 straight hours sending and decoding messages.

He also showed the American spirit when he joined the Navy at age 19. Walling said his injured finger almost kept him from enlisting -- so he agreed to let a surgeon cut it off.